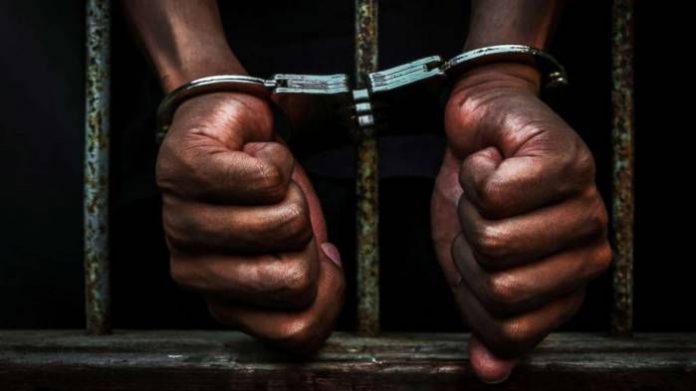 An Ekiti High Court, Ado Ekiti Division, has sentenced a 38-year-old ex-policeman, Tizhe Goji, to 10 years for killing a man at a hotel in Ado Ekiti, the Ekiti State capital.

Goji, who was a policeman at the time the crime was committed, was charged with murder on July 29, 2021.

An eyewitness, Bukola Omorinkoba, in her statement to the police, said she, alongside other family members, including the deceased, lodged in the hotel for a wedding at Ise Ekiti.

She said, “At about 9pm, we were relaxing at the hotel’s reception when we saw the defendant, alongside other police officers, drive in a Toyota Hilux van. Immediately they opened the vehicle’s door, he opened fire on us. The bullet hit the deceased and Adebayo Ilori.”

Omorinkoba said the two men were rushed to tertiary health facilities in the state capital where Olaoye was confirmed dead.

The prosecutor, Abigail Aladejare, called four witnesses and tendered the defendant’s statements and a medical report as exhibits.

Goji, in his defence, said, “I used the rifle to abort a robbery operation the previous day but forgot to close the rifle’s chamber. I was at the hotel to celebrate my promotion with my colleagues. On opening the vehicle’s door, the rifle discharged accidentally; I did not do it intentionally.”

In his judgment, Justice Adeniyi Familoni, who said the prosecution proved the offence of manslaughter against the defendant, said, “The penalty for this infraction of the law is grave; it is life imprisonment. I will, however, be lenient by not imposing the maximum punishment.

“The defendant is hereby convicted of the offence of manslaughter, contrary to Section 317 of the Criminal Code, Law of Ekiti State, 2012. Consequently, the defendant is sentenced 10 years’ imprisonment without an option of fine. The sentence is to run from the date of his arrest and detention.”