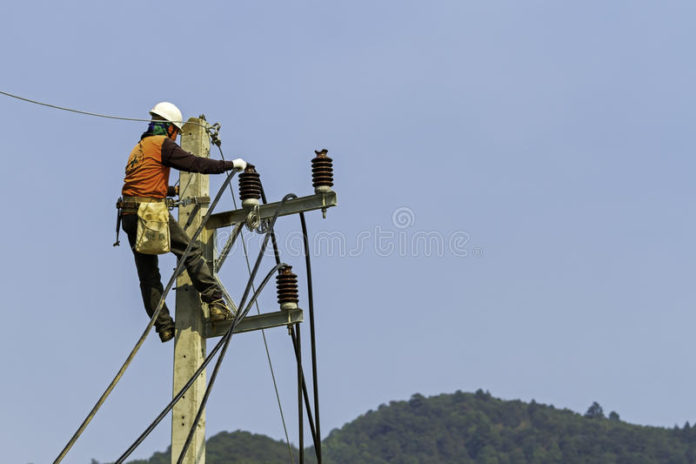 The incident happened on Wednesday, November 25, 2020 along Etegwe High Court Road in Bayelsa State, when a team of PHED Distribution Transformer Executives (DTREs), went to disconnect the Ex-Commissioner’s electricity.

According to the PHED staff, Powel has not paid his electricity bills since May, 2019 but enjoys power and when he was approached for disconnection, he ordered his thugs to beat them up.

A statement by the management of PHED on Wednesday, December 2, 2020, condemning the attack on it staff said chief Powel has been sent repeated reminders of his debt and disconnection.

“The Management of the Port Harcourt Electricity Distribution Plc., (PHED) condemns, in its entirety, the high incidence of staff brutality which is fast becoming a trend in its areas of operation.

“It has come to our notice that while on a routine cash drive activity at Etegwe High Court Road in Bayelsa State on the 25th of November 2020, a team of Distribution Transformer Executives (DTREs) and linesmen arrived at the residence of Chief Godknows Powel, a former Commissioner for Local Government and Development in Bayelsa State, with account number 877504400501, and discovered that he had not made payment for energy consumption since May 2019.

“In line with our practice where customers evade bill payment over time despite repeated reminders, the team proceeded to issue a disconnection notice to the occupant. Coincidentally, Mr. Powel drove into his compound at this point and one of the DTR Executives approached him with the bid to engage him being a known politician in the state.

“Chief Powel was said to have angrily walked out on the staff and called for his thugs to teach the staff some lessons. Eyewitness account revealed that the thugs, in their numbers, descended on the staff and beat them up mercilessly inflicting serious bodily harm on them all. One was so hurt that he lost consciousness due to loss of blood.

“The team leader was able to get the police to intervene. The building was eventually disconnected while the injured personnel were taken to the hospital for treatment. As at the time of filing this report, they are yet to be discharged although they are in stable condition.

“The action of Chief Powel, a former political office holder, and one who is expected to be knowledgeable about the use of public utilities, is not only reprehensible but condemnable and uncalled for. Customers, no matter their status in society, have no right under any law to consume power without making commensurate payment”, the statement read.

It added that, “PHED wishes to advise members of the public to desist from such acts as the company will not bow to such intimidation and will leave no stone unturned to see that justice is done to the injured while Chief Powel and his ilk face the full wrath of the law”.