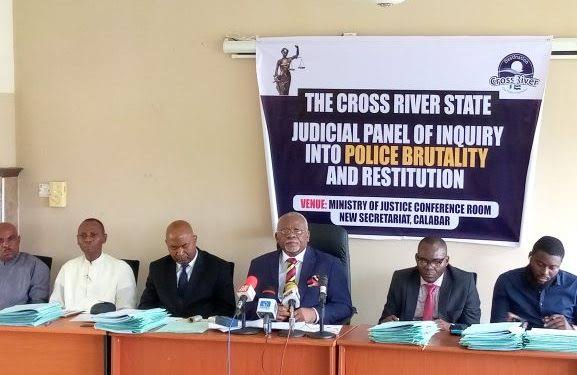 A Calabar-based lawyer, James Ibor, Esq., has called on the authorities to withdraw troops from the streets of Calabar. He made this plea on January 12, 2021 during a hearing by the Cross River State Judicial Panel on Police Brutality, which was set up in the wake of the #EndSARS protests which rocked the nation in late 2020. In his presentation in the case of IFEOMA V IGP. He based his call for the return of troops to the barracks on alleged incidences of harassment, intimidation and disrespect for civilians on the part of the soldiers. It will be recalled that troops were deployed to the streets following a breakdown of law and order and wanton destruction of property worth millions of naira.

In his response, the panel chairman, Justice Edem, while admitting oral issues raised by the learned counsel, however adjourned it order to conclude its recommendations.

In a similar development, an eyewitness to the aftermath of the #EndSARS protests in parts of Cross River State, has lamented that no amount of cash compensation could restore the life of her sister, who lost her life during the protests. Mrs. Mercy Sunday, who demanded a N200m compensation for the tragedy, alleged that the deceased was abducted from her residence by police officers numbering four and led by an officer popularly know as Fine Boy.

Led in evidence by her counsel, L.N. lheanacho, Esq, Mrs. Sunday described the abduction as a violation of her late sister’s fundamental human rights, hence her demand for compensation. Again, panel chair Justice Edem admitted in evidence Mrs. Sunday’s medical report and oral testimony, but deferred to the plea by the opposing counsel for an adjournment to the 21st January, 2021 to allow for a more proper examination of Mrs. Sunday’s claims by the counsel for the Nigerian Police Force.