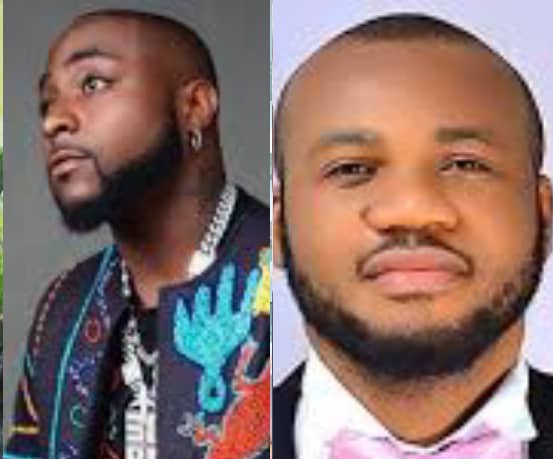 A Lagos based lawyer, Ehiwe O. Samuel, has reacted to the frivolous suit filed at the FCT Chief Magistrate Court against some prominent Nigerians who supported the call for police reforms in Nigeria. Whilst condemning the move, he explains why actions of that nature will further operate to stifle the already stifled freedom of speech under the constitution in Nigeria. He writes;

Bereft of any intention to elicit barren controversies, what appears to have become an ugly trend in Nigeria in the recent past and now, is- and very unfortunately- the use of our court system to legalize illegalities and see through glaringly unwholesome acts particularly by the government. The use brute of force and threat to stifle the fundamental rights of expression and peaceful assembly of citizens has now taken a worrying dimension with what appears to be a conspiracy between those with a penchant for stifling these rights and the judiciary which is supposed to be the last hope of the common man. We have seen in the recent past, how the government have used the instrumentality of exparte orders to trample down the rights of the people- the most recent being the clampdown on key figures in the #EndSARS protest through the freezing of their accounts by the Central Bank of Nigeria for a ridiculously long period of 90 days in the first instance, allegedly on the strength of an exparte order.

Recently, one Kenechukwu Okeke allegedly filed a criminal complaint against 50 prominent individuals who supported the agitation against police brutality in Nigeria and the call for a ban of the notorious Special Anti-Robbery Squad (SARS) including Aisha Yesufu, Pastor Sam Adeyemi, Folarin Falana, Adeleke David (Davido) amongst others. In the court document posted on his Twitter handle on Monday, November 11, 2020he alleged that the defendants acted in a manner “with intent to assist in the promotion of an unlawful assembly under the guise or composition of #EndSARS”.

He further alleged that the defendants used Twitter, a microblogging social media platform, to instigate “some riotous and tumultuous persons” who destroyed his (Okeke’s) property.

He added that the actions of the defendants contravened Section 97 (2) of the Penal Code Act, C53 Laws of the Federation of Nigeria, 2001.Other defendants listed in the suit include Kiki Mordi, Peter Okoye, Paul Okoye, Deji Adeyanju, Tiwa Savage, Feyikemi Abudu, and Debo Adebayo.

Whist it appears glaring that the said complaint by Okeke was filed for clout, it is important to-for the sake of protecting our court system-address frivolous issues of this nature and discourage it. First, the allegations made against the defendants are not correct from all indications. Also, whether the procedure adopted by Okeke is apposite is another subject for discussion. Frivolous suits of this nature are an attempt to further stifle the rights of the people to embark on peaceful agitations by falsely alleging violence or instigation of violence. The courts have severally upheld the rights of Nigerians to protest.

In its 2007 judgment in All Nigeria Peoples Party v. Inspector-General of Police(2007) LPELR-8932(CA), Justice Adekeye held that:

The Public Order Act should be promulgated to complement sections 39 and 40 of the Constitution in context and not to stifle or cripple it.  A rally or placard carrying demonstration has become a form of expression of views on current issues affecting government and the governed in a sovereign state.  It is a trend recognized and deeply entrenched in the system of governance in civilized countries – it will not only be primitive but also retrogressive if Nigeria continues to require a pass to hold a rally.  We must borrow a leaf from those who have trekked the rugged path of democracy and are now reaping the dividend of their experience (italics added for emphasis).

Under Section 40 of the 1999 Constitution of the Federal Republic of Nigeria (as amended), every person is entitled to assemble freely and associate with other persons.Nigeria is a state party to the 1966 International Covenant on Civil and Political Rights (ICCPR). Article 21 governs the right of peaceful assembly, providing that:

The right of peaceful assembly shall be recognized. No restrictions may be placed on the exercise of this right other than those imposed in conformity with the law and which are necessary in a democratic society in the interests of national security or public safety, public order , the protection of public health or morals or the protection of the rights and freedoms of others.

At regional level, Nigeria is a state party to the 1981 African Charter on Human and Peoples’ Rights. Article 11 provides as follows:

Every individual shall have the right to assemble freely with others. The exercise of this right shall be subject only to necessary restrictions provided for by law in particular those enacted in the interest of national security, the safety, health, ethics and rights and freedoms of others.

At this juncture, it is important to note that the persons against whom Okeke brought the said complaint never exhibited violence during the protest; neither did they instigate anyone to be violent and Okeke knows this. The complaint can, at best, be described as an attempt to abuse the court process. In the case of Arubo v. Aiyeleri (1993) 3 NWLR (PT.280) 126 the court held that abuse of court process simply means that the process of the court has not been used bona fide and properly. It also connotes the employment of judicial process by a party in improper use to the irritation and annoyance of his opponent and the efficient and effective administration of justice.

It is therefore important that for the purpose of maintaining the sanity and sanctity of our court system, frivolous complaints and actions of this nature should be thrown out into the judicial thrash can with substantial cost and reprimand against actors like Okeke who have a penchant for filing such frivolous actions.