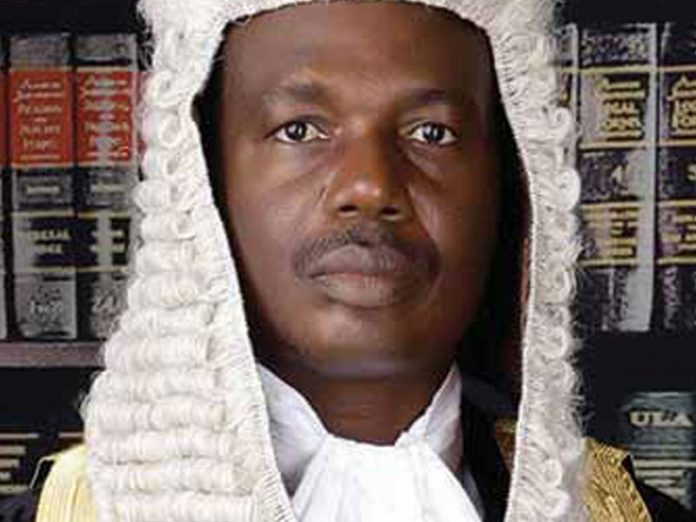 A member of the Lagos State Judicial Panel of Inquiry, Ebun-Olu Adegboruwa SAN, has threatened to make public the “full contents” of the Lekki shooting incident submitted by the body to the state government if the promises to make it public are not fulfilled, the lawyer said in a statement.

The panel on Monday submitted its reports on the Lekki shooting incident and police brutality cases to the state governor, Babajide Sanwo-Olu.

After he received the report, Mr Sanwo-Olu set up a four-man committee to look into the report within two weeks and “bring forward the white paper that would be considered at the Lagos state executive council and presented as the white paper coming from the panel of inquiry.”

On October 20, the Nigerian army shot at the people protesting police brutality at the Lekki tollgate, but have continuously denied involvement in the incident despite accounts of witnesses, including hospitals where victims were taken to, showing that there were casualties.

Mr Adegboruwa said the panel in its report named the major actor found culpable in the incident and made far-reaching recommendations concerning the culprits to achieve true healing and reconciliation.

Mr Adegboruwa said that he has a copy of the report presented to the government and would trust the governor to fulfil his promise to make their findings and recommendations public.

“That is the only way to build a true nation and avoid a repeat of the atrocious acts of security agencies against our people, especially the youths, the vulnerable and the helpless,” he said.

“It is my view that Lagos State having appeared before the panel as a party, having tendered documents before the panel and led witnesses to take a position on the incident of the Lekki tollgate, it will be unfair and improper for Lagos State to be a judge in its cause, by seeking to review the report of the panel.

“However, the governor explained to me that this would only be done to enable the government to implement the findings and recommendations of the panel and not to tamper with it or mutilate it. I believe in His Excellency.

“I will however keep observing the turn of events and at the appropriate time, one may be forced to state the full contents of the report if the promises made are not fulfilled.

“I can never and will never subscribe to anything that would amount to covering up the report of the panel.

He said the panel answered these questions “truthfully, frankly and courageously, based on the evidence led before it, believing that the crimes against humanity that took place at the Lekki Toll Gate on October 20, 2020, would never happen again in our nation.”