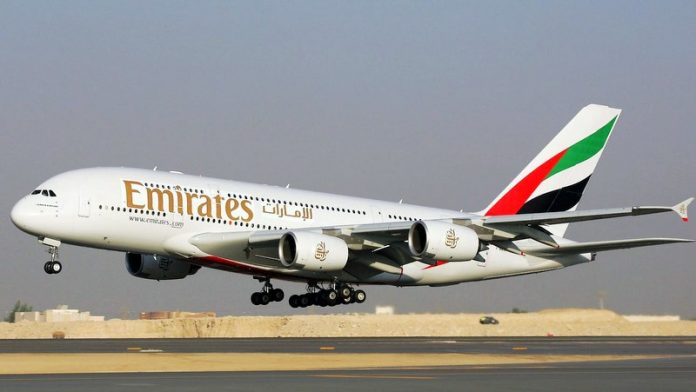 In reaction to the federal government’s withdrawal of its flight frequencies, except one, to Nigeria, Emirates Airlines has announced that it has suspended operations to the country till further notice. Emirates on its website yesterday announced that it would suspend its flights to Nigeria from December 13, 2021 until the two countries reach an amicable resolution on the matter.

The statement said, “With the recently imposed directive limiting Emirates to operate one flight per week to Nigeria via Abuja, Emirates will be suspending its flights between Nigeria and Dubai from 13 December 2021, until the UAE and Nigerian authorities work on a solution to the ongoing issue.

“Customers holding tickets with the final destinations Lagos and Abuja will not be accepted at the point of origin,” it stated.

The airline also said that affected customers do not need to call Emirates immediately for rebooking, adding that customers can simply hold on to their Emirates ticket and when flights resume, get in touch with their travel agent or booking office to make new travel plans and expressed regrets what this may have caused its customers in Nigeria.

“Emirates is committed to its operations in Nigeria, and we stand ready to reinstate services once restrictions are lifted by the Nigerian authorities, ensuring travellers have more choice and access to trade and tourism opportunities in Dubai, and beyond to our network of over 120 destinations,” the airline added.

However, the Director General of the Nigerian Civil Aviation Authority (NCAA), Captain Musa Nuhu, explained to aviation correspondents in Lagos yesterday that the government decided to respond to the way United Arab Emirates (UAE) treated Nigerian airline, Air Peace, saying that it is the responsibility of government to protect Nigerian businesses.

UAE reduced Air Peace request for three times weekly flight to one, claiming it did not have enough slots for the airline.

Nuhu said that NCAA withdrew the approval to Emirates following the refusal of the General Civil Aviation Authority (GCAA) of UAE to grant equal rights to the sole Nigerian carrier, Air Peace flying to Dubai via Sharjah.

He regretted that despite this approval, the GCAA refused to grant Air Peace three weekly frequencies to Sharjah, which the airline requested for, but rather approved just one frequency weekly.

According to him, the GCAA had attributed its refusal to grant the three frequencies to the airline to inadequate slots in Sharjah airport, stressing that the government would continue to protect Nigeria’s businesses.

“The Nigerian Government was gracious to grant Emirates Airlines 21 frequencies it requested for. The airline wants to operate 14 weekly flights to Lagos and another seven weekly to Abuja airports.

“However, Air Peace only requested for three weekly flights to Sharjah, not even Dubai airport, but the CAA refused the airline. The CAA only approved one weekly frequency to the airline. The only excuse they gave was that they don’t have enough slots. Where is the justice in this? That is capital flight out of Nigeria. Nigeria should protect its own.”

The NCAA in a statement signed by the Director General also recalled that following the lifting of the ban on Emirates Airline passenger flights to Nigeria by the government, the UAE based airline applied to the Federal Ministry of Aviation for approval of its Winter Flight Schedule.

“The Honourable Minister of Aviation graciously approved the Winter Schedule as requested without any hindrance or arrival slots requirements in the spirit and intent of the Bilateral Air Services Agreement (BASA) between Nigeria and UAE.

NCAA explained that Bilateral Air Services Agreement (BASA) between countries are based on the principle of reciprocity for transparency and fairness to both sides, noting that while Nigerian authorities approved the request of Emirates Airlines, UAE authorities acted in total disregard of the terms and provisions of the BASA between the two countries by approving one out of the three weekly passenger flight frequencies requested by Air Peace Airlines.

“DG NCAA held a meeting with his GCAA (UAE) counterpart on Thursday 9th December 2021 at the sidelines of the ICAO Air Negotiation Conference (ICAN) in Bogota, Colombia which ended in a stalemate.

“The Honourable Minister of Aviation decided to apply the principle of reciprocity and withdraw the approval of the Winter Schedule given to Emirates Airlines and instead approved one weekly flight frequency to Abuja on Thursday. The DG NCAA notified The Country Manager of Emirates Airlines and DG GCAA of the new approved weekly passenger flight schedule.

“We want to assure the public that national interests in all aviation matters will be jealously guided and protected while regretting any inconvenience this action might cause.

Reacting to the action of the federal government, many industry stakeholders commended the government for the decision to withdraw Emirates flights from Lagos and leaving one flight a week to Abuja, saying that the principle of reciprocity encourages countries to respect one another.