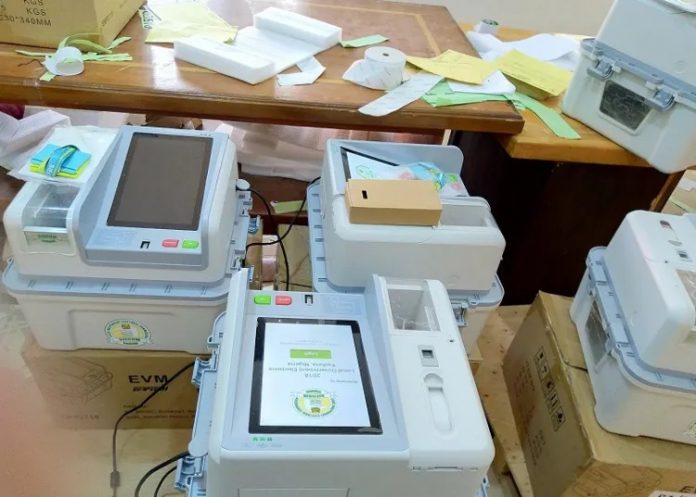 Nigerians deserve congratulations for winning the epic legislative battle for electronic transmission of their votes in future elections.This should be a lesson for us to pay close attention to proceedings in our various legislative houses. It has been proved, times without number, that our so-called representatives often do not represent us but themselves.

Under the All Progressives Congress regime, efforts to amend the Electoral Act 2010 to upgrade our democratic process have been serially frustrated. When the Amendment Bill was on President Muhammadu Buhari’s desk to ensure free and fair elections in 2019 when he was seeking his second term, he rejected assent a record five times with flimsy excuses.

Not done, elements within the ruling party and their cohorts in the Peoples Democratic Party, PDP, sought to frustrate efforts to legally validate electronic transmission of votes from the polling booths. Before they embarked on their 2021 annual recess, Ahmed Lawan’s Senate passed Section 52 of the Bill in a manner that provoked a national firestorm.

Their version robbed the Independent National Electoral Commission, INEC, of its constitutional power as the sole entity to conduct elections in Nigeria. The Senate mandated it to transmit elections electronically subject to the consent of the Nigerian Communications Commission, NCC, and the approval of the National Assembly.

The House of Representatives had no choice but to refrain from its intention to toe this path when they saw the angry mood of Nigerians. They conceded that INEC should determine the mode of poll result transmission. With the Senate now on the same page, the Commission’s constitutional rights have been fully revalidated. By extension, the people’s power to determine their leaders has also been given the required boost.

We commend the INEC for its proactive advocacy for the adoption of technology in cleaning up our electoral process.The Commission’s insistence that it can transmit votes electronically nationwide and its refusal to be intimidated by political buccaneers is commendable.

INEC has shown clearly that it is not part of any perceived effort to ambush our future elections. It has demonstrated its determination to assert its independence.With the electronic transmission of votes, election rigging and violence have been given a bloodied nose. Violence, rigging and ballot snatching are done after the close of voting at the booths.

Falsification of results takes place at private homes and collation centres. With direct transmission, the results of elections will come in earlier and be less subject to artificial manipulation.However, we have a final hurdle – presidential assent of the 2010 Electoral Amendment Bill into an Act. We hope, this time around, President Buhari will want to leave a legacy of technologically-improved elections in Nigeria.We hope he will sign the Bill with dispatch and allow INEC to test-run electronic transmission well before the crucial 2023 transitional elections.

Okorocha declares intention to run for president in 2023