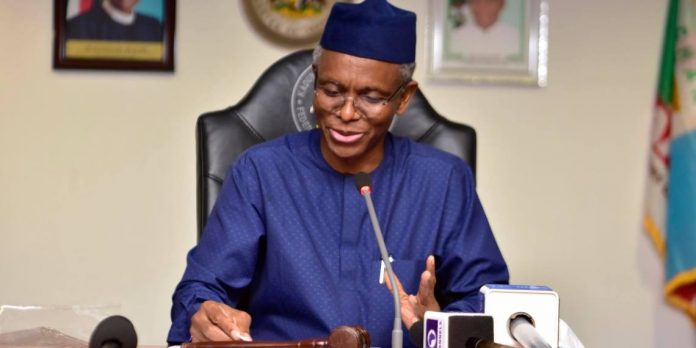 Kaduna State Governor Nasir El-Rufai on Sunday tweeted despite an order by the attorney-general of the federation Abubakar Malami for Nigerians still using Twitter despite its suspension to be Prosecuted.

According to a statement, Malami had ordered the director of public prosecution of the federation to “swing into action and commence in earnest the process of prosecution of violators of the Federal Government de-activation of operations of Twitter in Nigeria.”

El-Rufai’s tweet at 09:37pm meant he could have bypassed the suspension, like many others, through the use of virtual private networks.

“Based Nigeria: African country teaches US lesson in how to handle Big Tech tyranny,” the post to his over 1.9 million followers read

El-Rufai’s tweet attracted criticism from some Nigerians including ex-presidential aide Reno Omokri who called on Malami to prosecute the governor for flouting the suspension.

“Dear @MalamiSAN, @elrufai tweeted this 20 minutes ago in violation of your #TwitterBan. If you do not start your arrest and prosecution with him, then you must admit that you are a failure and a man who does not keep to his word,” Mr Omokri wrote.