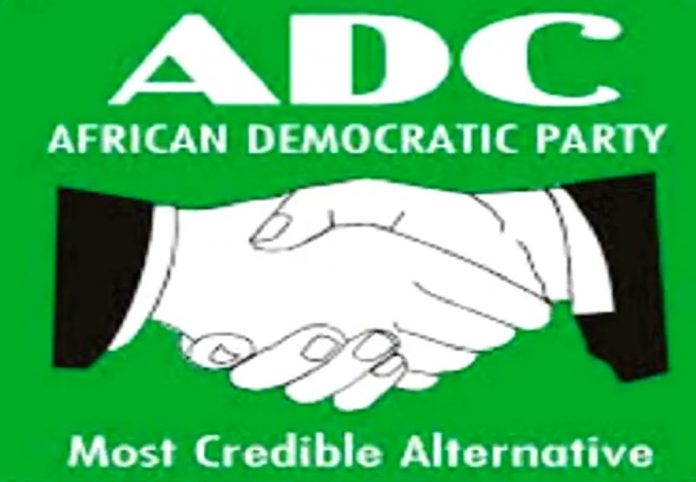 ABUJA: The National Chairman, African Democratic Party, ADC, Chief Ralph Okey Nwosu has given reasons why politicians are trooping into the party, especially from All Progressives Congress, APC and the Peoples Democratic Party, PDP.

Chief Nwosu, who spoke, while receiving some aggrieved members from the APC and PDP who decamped to ADC at a major event centres in Ado Ekiti, Ekiti State Capital, said the toxicity within the two parties caused by greed and leadership inertia was responsible for exodus of their members.

Receiving a top APC member Dr Oluwole Oluyede , who declared his governorship ambition under ADC and his supports, Chief Nwosu declared that with his entrance into ADC, he is likely to clinch the ADC ticket during primaries and win the Governorship Election in Ekiti State.

According to him, “His supporters who constitute over 60% of APC members and many PDP leaders say that they are leaving their various parties because of the toxicity within the two parties caused by greed and leadership inertia.

They said that they have joined ADC so that the transformational leadership philosophy of ADC will start in Ekiti State.”Excited by the exploit, Nwosu said, “The African Democratic Congress ADC hit Ekiti State like the tornado as the party led by Dr Bamidele Ajadi, ADC Deputy National Chairman in charge of Politics was on hand to receive the aggrieved members from the APC and PDP who decamped to ADC. The declaration event which was attended by the creme dela creme of APC and PDP members held at Ado Ekiti yesterday 13th January, 2021.

The declaration event which happened in one of the major event centres in Ado Ekiti, Ekiti State Capital had in attendance party leaders and Representatives from all Local Governments in the state. Supporters of Dr Oloyede stormed the venue in high numbers carrying his posters and play cards. This massive decampment has put ADC in the front seat of Ekiti state politics, making the party the beautiful bride.

“ADC was elevated as a Frontline party in Nigeria and the Third Force in 2018 after President Obasanjo pronounced the party as the most organized and disciplined to lead Nigeria at this time. It should be recalled that the Coalition for Nigeria Movement (CNM), civil society organizations and grassroots political associations, and other fringe political parties collapsed into ADC following the former President’s adoption.

“In 2021, the Nigeria Youths adopted ADC as the party for all Nigeria Youths and young candidates following its emergence as the preferred party with over 40% of the votes in their on-line poll. This again was followed by the ADC selection by Nigerians in Diaspora as Nigeria’s number one party for national transformation.

“ADC has been recognized as the adopted party for the National Consultative Front NCF, Leaders of Conscience and Patriotic Front to wrestle power from the incumbent administration.