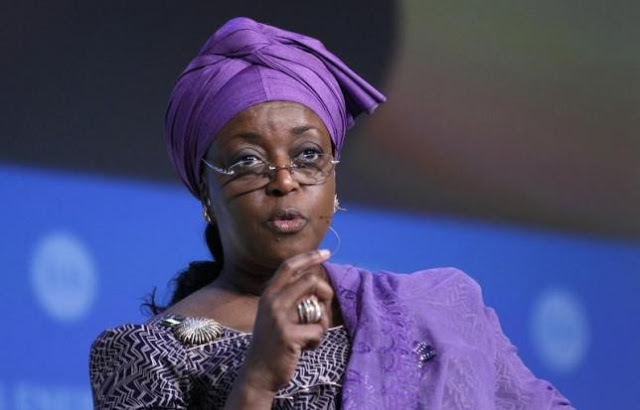 The Economic and Financial Crimes Commission (EFCC) says it has discovered a fresh sum of $72.87 million allegedly linked to Diezani Alison-Madueke, a former minister of petroleum resources.

The development was contained in a statement issued by the anti-graft agency on Wednesday.According to the commission, the amount was discovered in a Fidelity Bank account and Nnamdi Okonkwo, a former managing director of the bank, has been arrested over the development.

“As part of the ongoing investigations into the former Minister of Petroleum Resources, Diezani Alison-Madueke, the Economic and Financial Crimes Commission, EFCC, has arrested a former Managing Director of Fidelity Bank Plc, Nnamdi Okonkwo, allegedly over an additional $72, 870,000million still in the coffers of the bank,” the statement reads.

Okonkwo, who is currently the Chairman of First Bank Holding, alongside others, had earlier been grilled over a sum of $153million and $115million by the Commission.“While all the $153 million was recovered by the EFCC, the cases involving $115million, as it relates with the Independent National Electoral Commission, INEC, bribery matter, are in various courts.“Okonkwo and Charles Onyedibe are currently being detained by the EFCC over the whereabouts of the new $72.8m.”

Diezani, who had fled the county shortly before former President Goodluck Jonathan handed over to President Muhammadu Buhari in 2015, is alleged to have stolen $2.5 billion from the Nigerian government while she was minister.She has, however, denied the allegation, while the Economic and Financial Crimes Commission (EFCC) has since commenced a process to extradite her.