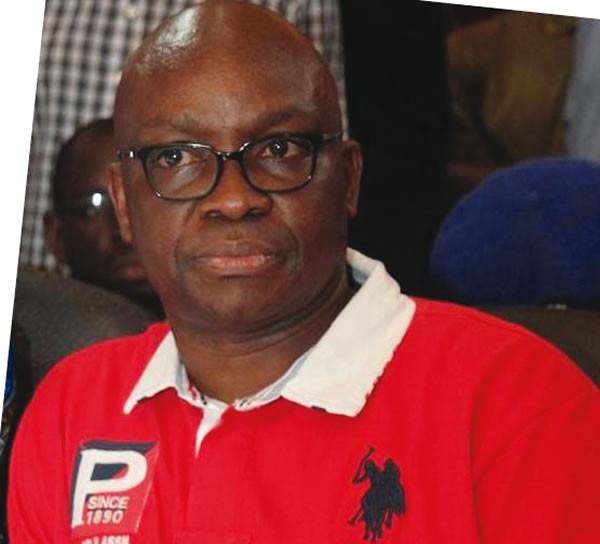 Governor Ayodele Fayose of Ekiti State has described the Economic and Financial Crimes Commission as a ‘senseless organisation’ in dire need of restructuring.

He said he will overhaul the anti-graft agency.

“By the grace of God, I will restructure the EFCC when I become the president of this nation. I will reorganize EFCC and make it looks responsible.

“They detained me in 2008, but I won them in court, because the most high God was on my side.

“EFCC is senseless body, because if they are not senseless, it should have known that the man who wrote the petition had been sacked because he didn’t deserve to be called a civil servant. The arrest of my officials was orchestrated by Ekiti indigenes in collaboration with the EFCC.

“I will never go and beg EFCC, it will rather beg me. I won’t negotiate anything because I am not afraid of them. There was a subsisting court that barred them from arresting any official of this state, but they breached the law”, he said.

He said this on Thursday during a grand reception organised for his aides who were arrested by the EFCC.

Fayose further said President Muhammadu Buhari was punishing the citizens of this state illegally, saying,“he has not tarred one kilometer of road since he came into office.

“This was the way the DSS arrested Hon Afolabi Akanni. They even stopped the state allocation at a time, but whatever they do, Ekiti shall put them to shame.”