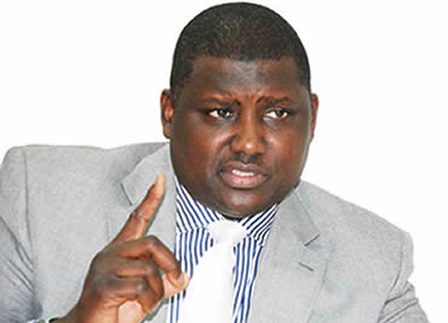 The Economic and Financial Crimes Commission (EFCC) has accused the Department of State Service (DSS) of shielding the embattled former chairman of the pension tasks force, Abdulrasheed Maina.

Citing a top source in the EFCC, the News Agency of Nigeria reports that Maina is taking refuge at a DSS safe house believed to be located in Kaduna.

The source also alleged that the ex-pension boss moves around town in a bulletproof Range Rover Sports Utility Vehicle and two or three vehicles.

“We have traced him to a hotel in Kaduna where he went to spend the weekend; we know that the DSS is protecting him and the DG DSS, deployed men to protect him. But make no mistake, we will arrest him, already we’ve frozen all his accounts,” the source said.

Another source said, “He stays in a property which is a DSS safe house. He moves around in a convoy of about two or three vehicles. I personally saw him alighting from a Range Rover SUV last week with about four DSS officials.”

But a DSS official, whose name was not disclosed, reportedly denied the allegations, challenging the EFCC to provide evidence that the Service is protecting Maina.

“There is no need responding to baseless allegations because there was nothing like that. Both of us are doing same work,  which is apart from making the country safe from fraudulent people,  we also collaborate with each other in the area of collating of data on other things. This is why I’m surprised on this baseless allegation by an unknown person.  Anyway, that’s all,” the DSS source said.

Maina is being hunted by the EFCC for his alleged role in a N2 billion fraud perpetrated while he served at the chairman of the Pension task force some years back.

He had been dismissed in 2013 after he was indicted. He fled the country to evade arrest after he was declared wanted by the EFCC.

Maina’s issue resurfaced after it became public over the weekend that he had since returned to the country – reinstated and promoted.