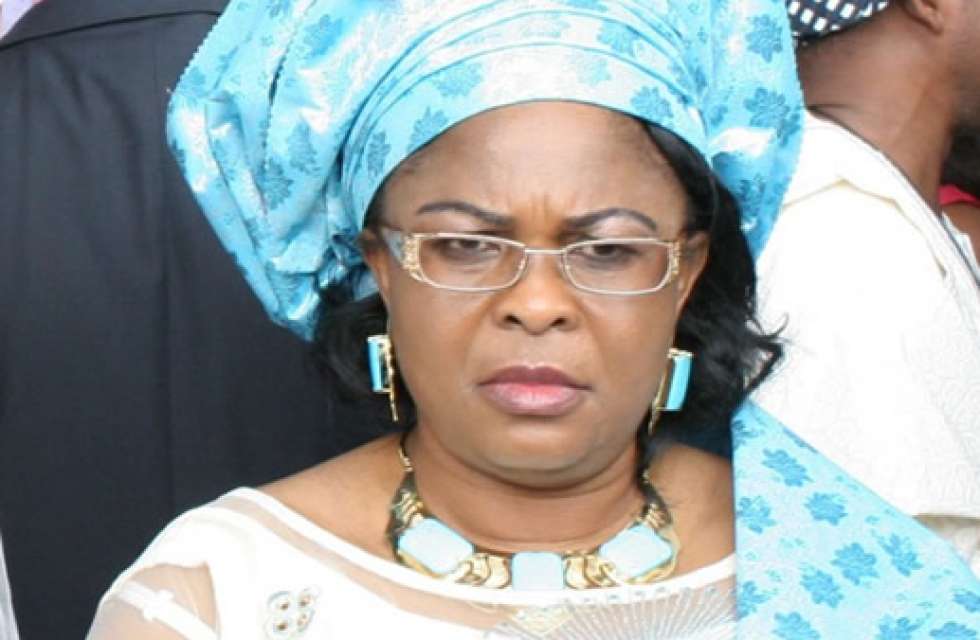 The Economic and Financial Crimes Commission has discovered an uncompleted eight-story building in a prime area of Abuja allegedly belonging to Patience Jonathan, the wife of former President Goodluck Jonathan. The building, which has been described by the EFCC as a ‘magnificent architectural edifice,’ has not yet been valued by the commission. However, comparative analysis of similar buildings within the same area put the worth of the building at N6bn.

Reporters who visited the building, which is located within the Central Business District, is between the National Mosque and the Federal Secretariat.

It was alleged in documents provided by EFCC that Patience allegedly acquired the property through her foundation known as Aribawa Aurera Reach Out Foundation.

In a document, which has been attached to a court application, the anti-graft agency said it had written to the Corporate Affairs Commission to get the identities of the directors of the foundation who are believed to be fronts for Patience.

The commission further stated that it had written to the Abuja Geographical Information System to get the history of the property and how and when it was bought.

The EFCC had a few months ago frozen an account belonging to Aribawa Aurera Reach Out Foundation with account number 1222014221 in Ecobank with a balance of N479m.

The anti-graft agency said there was no way Patience would have been able to afford such a property as her last known job was Permanent Secretary in Bayelsa State.

The document read, “Plot 1350 Cadastral Zone A00 CBD which was allocated to Ariwabai Aurera Reach Out Foundation in 2010 and Certificate of Occupancy issued in 2011. The plot bears an eight-storey building still under construction.

“Inference may be drawn from an investigation that the suspect’s (Patience) last known official position was a permanent secretary in Bayelsa State. Hence, there is no way such magnificent architectural edifices could have been built within a short space of time.

“There is a high probability that it could have been built with the proceeds of crime. It is evidently clear that it is a case of money laundering but there is a need to do more investigation.”

The commission also commenced fresh moves to seize a N2bn hotel from Patience.

The PUNCH had exclusively reported that the hotel, which is located at Mabushi, had been painted with the inscription, ‘EFCC, Keep Off.’

However, some men believed to be workers of Patience, wiped off the EFCC inscription and reclaimed the building.

The anti-graft agency, it was learnt, had proceeded to court to obtain an interim forfeiture order for the N2bn hotel and the N6bn plaza.

The document read in part, “In view of the foregoing, I request for an interim forfeiture order on the two properties amongst others linked to the suspect and believed to have been acquired from the proceeds of crime.

“This is particularly very important because attempts to mark the properties were resisted and even the portion that was successfully marked was later cleaned off by the agents of the suspect.”

In a similar development, the anti-graft agency has also traced three other properties in Abuja to Patience in Karsana, Wasa and Idogwari areas of the Federal Capital Territory.

According to documents from AGIS, the three properties were bought in the names of two companies – Finchley Top Homes Ltd. and AM-PM Network Limited.

The bank accounts of Finchley Top Homes Limited, which have been traced to Patience, were frozen by the commission a few months ago.

In his reaction, Patience’s lawyer, Mr. Ifedayo Adedipe (SAN), said he was not aware of the fresh attempt to seize more of his client’s properties.

He, however, said it was sad that the former first lady had become a victim of a witch-hunt.

Adedipe said her client had dragged the EFCC to the Court of Appeal over the freezing of Mrs. Jonathan’s account while a harassment suit had been filed against the anti-graft agency before a Federal High Court.

The senior advocate said, “I am not aware of any of these but we are in court over the freezing of her accounts and that case is at the Court of Appeal level and we have a fundamental human rights case against them in court.

“My thinking is that the EFCC, which says nobody is above the law, should have waited for the judiciary to finish its process. In my humble opinion, it appears they are abusing judicial powers. When you file something today, tomorrow you file another. Why not put everything in one pot? That is why they lose cases.

“Why are they focusing on Mrs. Jonathan who was neither a minister nor a government official? I’m not saying people should steal but it may seem she is being persecuted for her active role in the last election.”

Patience first came under EFCC investigation in May 2016 when the commission arrested a former Special Adviser to the President on Domestic Affairs, Waripamowei Dudafa.

She subsequently sued Skye Bank Plc and the EFCC. The commission then went ahead to freeze her personal account with a balance of $5m.

The anti-graft agency had also frozen bank accounts belonging to her relatives and friends including business mogul, Bola Shagaya.