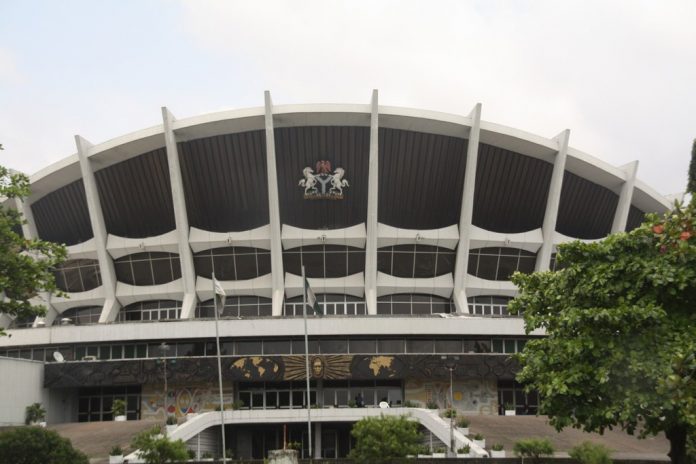 Operatives of the Economic and Financial Crimes Commission (EFCC) on Wednesday arrested four directors of The National Theatre in Lagos for alleged embezzlement of government funds.

The News Agency of Nigeria reports that the four directors, including a woman, were picked up at their Iganmu office for allegedly diverting “huge sums” of revenue and statutory allocation into private use.

NAN learnt that the directors allegedly failed to remit revenues realised from the use of facilities at the National Theatre into the Federal Government Treasury Single Account, TSA.

According to sources, among government revenue allegedly embezzled were N24 million annual rent paid by Nigerian Breweries for its 20 branded kiosks and N9 million paid for the use of National Theatre during the “Lagos @ 50” celebrations.

NAN reports that the affected directors were whisked out of the promises after they refused to honour EFCC invitation for questioning in the office of the Artistic Director and Chief Executive of National Theatre, Tar Ukoh.

The intervention of Grace Gekpe, Permanent Secretary, Federal Ministry of Information and Culture, on telephone could not save the officials from being whisked away by the EFCC operatives.

Addressing an Anti–Corruption Rally earlier in the premises, the National Theatre boss vowed to stamp out graft in the agency.

Reacting to the development, Henry Udubuisi, Vice President, National Theatre Chapter of AUPCTRE, said that the union was behind the management’s decision to get rid the Agency of corruption.

Mr. Ndubuisi told NAN that the union would give its support to the new management to cleanse the Agency of graft.

“The position of the union is that we are solidly behind the management to fight corruption in National Theatre. We are also proud to be associated with it.

“We are using this medium to appreciate the management on its “Change must begin with me project.

“The Artistic Director means well; he wants to address some administrative impunity here.

“He is not victimising anybody, he is just asking them to be accountable for what has happened for those who has questions to answer. We need someone like him here to stamp out corruption.

“The union will never condone corruption; in-fact the union stands against corruption and we are happy that the management key into our vision,” he said.

Mr. Udubuisi said that the union had been in the fight against corruption before the new management came in, adding that it was a step in the right direction.

“The union has been fighting corruption even before the new management came in, especially when there was a proposal on the sale of the theatre.

“We fought against what we regarded to as administrative impunity under the then Chief Executive but all what we got was dismissal.

“Most of the executive members of the union were dismissed for standing against corruption and the sale of the only cultural iconic building in Nigeria,” he said.

When contacted, EFCC spokesman in Lagos, Sam Amadin, told NAN that he was yet to be briefed on the arrest.