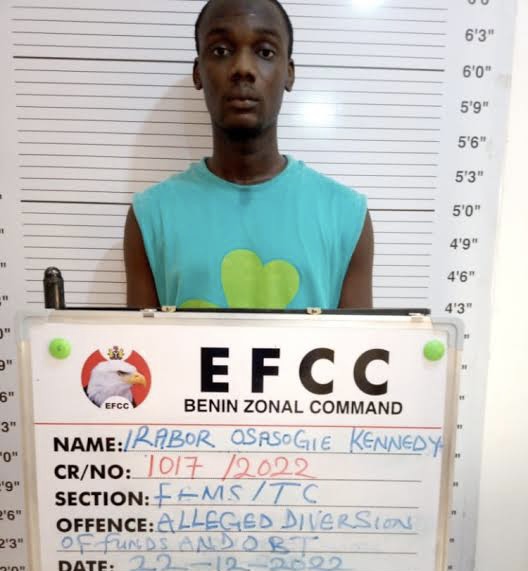 He was arrested for an alleged fraud.

The commission in a statement on Friday stated that Osasogie was arrested following a petition by one Antje, a German female national who complained that the suspect defrauded her of €17,000.

According to EFCC, the petitioner claimed that she met Osasogie through social media after she was defrauded of €68,000 by another fraudster identified as Michael Patrick.

Antje alleged that Osasogie offered to assist her in recovering the money from Patrick but rather than fulfill his promise, he further defrauded her of €17,000.

The anti-graft agency noted that upon arrest, the suspect admitted to the crime but claimed he only received €12,850 from the petitioner.

The commission said the suspect would be charged to court as soon as the investigation was concluded.