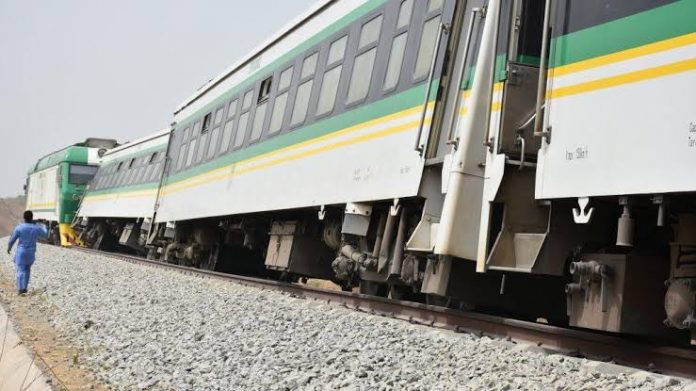 Some family members of the victims of the recent attack and kidnap of passengers and other people at the Igueben train station in Edo state have revealed that they paid money to the kidnappers of their loved ones before they were free, despite the efforts of security agencies with support from the Edo state government.

One of such simply gave her first name as Favour and was from Ebudin in Esan Central local government area whose elder sister that was about to board the train to Warri was abducted in the attack.

Security agencies and the state government have said at different times that no money was paid to free the victims but they were all rescued.

Recounting her experience to Sunday Vanguard yesterday, Favour said “It was not really easy for us. The kidnaped person is my elder sister who stays in Warri, Delta state with her family.

“When I first heard of the incident, I almost collapsed because we have been traveling in vehicles but with the spate of kidnappings, we felt we are not secured and we started using the train and now this kidnap happened. It was really hell for everybody in the house, I wasn’t myself at all but I have to thank God that they have been released.

“The kidnappers called my brother, they were communicating with him. They were asking for a ransom of N20 million and my brother told them we don’t have much money, they were talking on the phone, and although the government was also doing something to release them, we gave them two million naira and I thank God that they were released. My sister was released last Sunday and she was among the 12 and we were really happy. I didn’t know the exact place they were released but when we heard, my brother had to go to Benin and brought her back home.

“When I heard that she had been released I was really happy. I also appreciated the government because they did not just abandon us, they made efforts and I was impressed.

“Government needs to increase security in that area because the railway is cheaper for us as a means of transportation and it is okay for traveling but we need security. I thank God but I want the government to do more on security.”