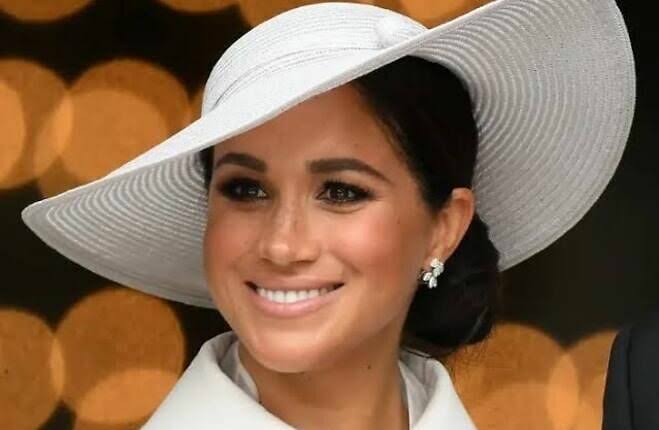 The Duchess of Sussex, Meghan Markle has revealed that after her genealogy test, she discovered that she is 43 percent Nigerian.

Meghan made the revelation on the latest episode of her bombshell podcast, Archetypes.

UK Mirror reports that Meghan while unpicking the “Angry Black Woman” stereotype in a thought-provoking discussion with Nigerian American actress and comedian, Issa Rae, writer, Ziwe Fumudoh and professor Emily Bernards, told listeners that she took a genealogy test which revealed that she is 43 percent Nigerian.

The newspaper quoted Meghan as saying, “I just had my genealogy done a couple years ago. I’m 43% Nigerian.”

Meghan, who was excited, opened up about her roots during the major podcast moment as the writer who was desperate to know more about the Duchess asked, “Are you serious? This is huge. Igbo, Yoruba, do we know?”

In her response, the Duchess of Sussex then said, “I’m going to start to dig deeper into all of this because anyone that I’ve told, especially Nigerian women, are just like, what?”

UK Mirror reports that after absorbing the bombshell revelation, Nigerian American Ziwe continues to joke that the Duchess looks like ‘her aunt Ouzo’ in a heart-warming clip between the pair.

A strong advocate for fighting against racism and prejudice, this is the first time that Meghan has opened up about her ancestral background on the public stage.

It was also reported that on this week’s episode, the Duchess of Sussex also opened up about the stereotypes of Black female roles in TV as she draws on her experience as a former actress.

The revelation comes after the Duchess’s explosive interview with Oprah Winfrey in 2021, where she and Prince Harry alleged that a member of the royal family made racist remarks about their son, Archie’s skin colour when they were working royals.

Meghan and Harry signed a lucrative deal with the audio streaming giant Spotify to host and produce podcasts, estimated to be worth around £18 million, in late 2020.

Archetypes was launched with the aim of investigating “labels that try to hold women back” through conversations between Meghan and historians, experts and women who have experienced being typecast.

In last week’s episode, she chatted to Paris Hilton about the stereotype of the “bimbo” and revealed that she felt “objectified” during her stint as a briefcase girl on Deal or No Deal.

She also recalled the four-word jibe that led to her quitting after being made to feel like a “bimbo”.

Meanwhile, in the first episode of the series with tennis star Serena Williams, Meghan revealed how she and Harry’s son Archie narrowly escaped a fire in his bedroom when he was meant to be sleeping, during the Sussexes’ tour of South Africa in 2019 – and how she had to go out after to do another official engagement.

Guests in the other episodes of the podcast so far have also included pop singer Mariah Carey, comedian and actress Mindy Kaling and comedian Margaret Cho.