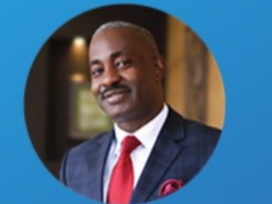 A discourse on this issue is acutely relevant because in the exercise of its power to embark on judicial economy, as endorsed by many decisions of the Supreme Court such as Tanko v U.B.A. Plc. [2010] 17 NWLR (Pt. 1221) 80 at 93, paras. A-B, the apex Court in Dr. Nwobike SAN v. FRN did not opine in substance on the constitutionality of section 97(3) of the Criminal Law of Lagos State beyond holding that based on the Respondent’s failure to challenge the adverse determination of the Trial Court that the offence contained in the said section 97(3) is not defined under any written law, the provision is inconsistent with section 36(12) of the Constitution. The thesis posited in this piece is that the provisions of section 97(3) of the Criminal Law of Lagos State and section 126(1) of the Criminal Code Act are unconstitutionally vague and perforce void on account of their inconsistence with section 36(12) of the Constitution, having regard to the provision of section 1(3) of the Constitution.

For purposes of clarity, the said section 97(3) provides that “Any person who attempts, in any way not specifically defined in this Law, to obstruct, prevent, pervert or defeat, the course of justice is guilty of a misdemeanour, and is liable to imprisonment for two years.” The phrase “in any way not specifically defined” in this provision makes it demonstrably clear that the offence created by Section 97(3) of the Criminal Law of Lagos State is “not specifically defined”. In providing normative content to the provision of Section 36(12) of the Constitution, the Supreme Court (per Honourable Justice Afolabi (JSC)) in Chief Olabode George v Federal Republic of Nigeria [2014] 5 NWLR (Pt. 1399) 1 at 22, para. A held that “Any conduct that must be sanctioned must be expressly stated in a written law […]. That is what section 36(12) of the 1999 Constitution provides. Such conduct should not be left to conjecture. As well it cannot be inferred by the Court”.

The concept of unconstitutional vagueness which is triggered by ambiguously worded criminal or other penal provisions such as section 97(3) of the Criminal Law of Lagos State is well developed in the jurisprudence of the Supreme Court of the United States and the decisions of this Court are of persuasive force before our Courts. In Johnson v United States [2015] 576 U.S. 591 (2015), the Supreme Court of the United States held that the Fifth Amendment’s Due Process in the Constitution of the United States prohibits the government from “taking away someone’s life, liberty, or property under a criminal law so vague that it fails to give ordinary people fair notice of the conduct it punishes, or so standardless that it invites arbitrary enforcement”.

Similarly, the gamut of Chapter 11 of the Criminal Law of Lagos State, entitled “Offences relating to the Administration of Justice”, which embodies the said section 97(3) and the related Chapter 12 of the said Law entitled “Unlawful Release, Escapes, Obstructing Officers of Courts” do not fill the gap in the said section 97(3) regarding the specific information on the conduct which constitutes “perversion of justice” under the sub-section.
The universe of what is tantamount to “perversion of justice” is wide and section 97(3) of the Criminal Law of Lagos State and section 126(1) of the Criminal Code Act, as presently couched, do not give fair notice of the specific conduct punishable under the provisions. In addition, adjudicating over the offence of perversion of justice created by the said provisions will put our Courts in the invidious position of speculating in order to fill the gaps in vague provisions in criminal statutes, which is impermissible.

In the premises, the decision of the Supreme Court in Dr. Nwobike SAN v. FRN to discharge the Appellant has strong constitutional support and the attacks on the Supreme Court on account of this decision are unwarranted. The major learning from this decision is that the “leave the details-to be-sorted-by-the-courts legislation” in the field of criminal law in Nigeria is likely to be struck down by our Courts or convictions based on them are likely to be set aside by our Courts. Accordingly, an amendment of the provisions of section 97(3) of the Criminal Law of Lagos State and section 126(1) of the Criminal Code Act in order to state explicitly therein the specific conduct criminalised is hereby recommended.