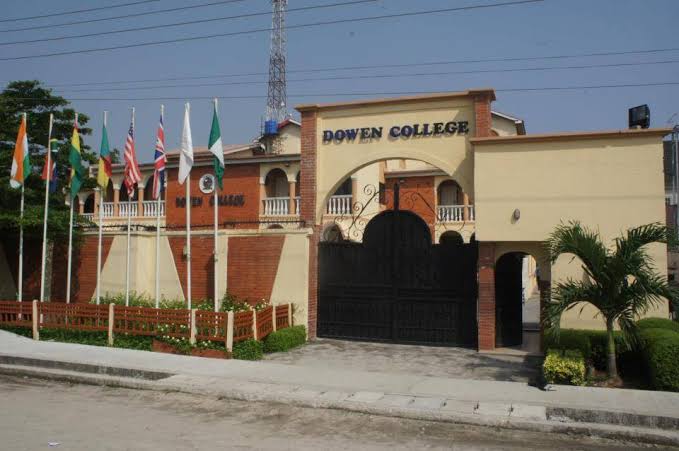 •Those involved won’t be spared —Buhari

FIVE students of Dowen College in Lekki, Lagos, who were arrested by the Police in connection to the death of 12-year-old Sylvester Oromoni, have been remanded in a juvenile home.

Oromoni Jnr. died of complications, last week, as a result of injuries sustained from an attack by a group of five senior colleagues for allegedly refusing to join a cult group in the school.Vanguard gathered that the students were remanded, following an order obtained from the Yaba Magistrates court by the police.

Those involved won’t be spared— Buhari

This came as President Muhammadu Buhari, yesterday, insisted that those involved in the dastardly act must not go unpunished.

President Buhari, who described Sylvester as one of the nation’s bright youngsters doing excellently in school, bringing joy to the family,  assured that the unfortunate incident would act as a trigger leading to a permanent solution to cultism and bullying in schools.

He, however, urged the Police to continue the ongoing investigation until they get to the root of the matter in order for the law to take its course, assuring that justice will be done, no matter who is involved.

The President, in a statement by his Senior Special Assistant on Media and Publicity, Mallam Garba Shehu, said: “For several days now, the nation has been gripped by the news of the tragic incident at Dowen College, in Lagos with morbid details constantly emerging of how our young son, Sylvester Oromoni (Junior) met his death.

“President Muhammadu Buhari condemns the killing of Sylvester, one of our bright youngsters doing excellently in school, bringing joy to the family and if this incident is truly arising from bullying or cultism, the President assures that it must act as a trigger leading to a permanent solution to this recurring problem.

“I share the anger and grief up and down the country following this incident. On behalf of my family and I, and the government of the federation, I convey our heartfelt condolences to the Oromoni family, the government and people of Lagos State and give the firm assurance that this incident will be thoroughly investigated and the appropriate punishment meted out to all those who are culpable.”

Meanwhile, parents of students at Dowen College, Lekki, Lagos, yesterday, prayed that God should use the unfortunate death of Sylvester Oromoni to correct other errors that might have been committed that led to his death or that could be committed by any stakeholder in the school in the future.

They said that as they insinuated that some errors probably led to the death of the 12-year-old boy. They listed the stakeholders to include the owners of the school, the management, teachers, students, parents and the authorities in charge of education.

They stated this, yesterday, during a candlelight procession in honour of the deceased. During a prayer session held by the parents in front of the school gate before the procession started, they prayed that the soul of the deceased finds repose in the Lord.

The parents after marching solemnly with their candles into adjoining street later prayed for the family of the deceased. Speaking briefly after the session, Oluwaseun Bolanle, said the parents of other students in the school were traumatised by the incident.

Bolanle said: “As I am here, I am struggling to control my emotions. It could happen to anybody’s child and we do not pray for a repeat of this anywhere in the country and even in the world. As a parent, one knows how much has been invested in many ways in these young ones.”

Meanwhile, a group of Concerned Citizens, yesterday, protested at the gate of Dowen College. The group also called on the Lagos State Government to withdraw the registration of the school without further delay.

A spokesperson for the group, a woman, who was not identified, also decried the attitude of the state government and its officials to some issues, especially the safety of students in public and private schools.

They also called for the arrest of the owners of the school, the management team, security guards, housekeepers and others, who allowed some indicted students to leave the premises without being handed over to the appropriate authorities for investigation.