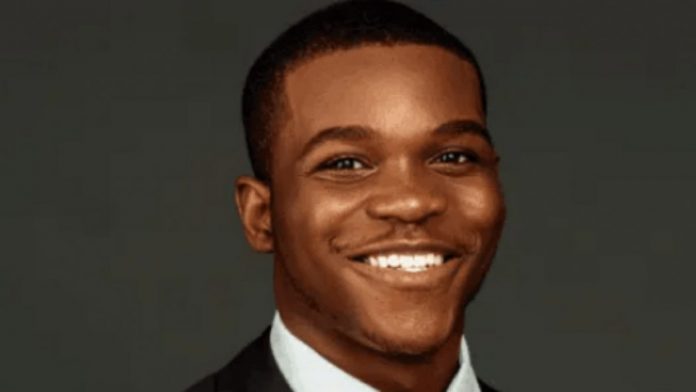 He claimed to be investing in real estate, forex, and Chanel. There was no proof.

In December 2020, Michelle Adigun* transferred ₦300,000 ($750) to Brisk Capital, an investment firm she discovered on Instagram. The firm promised to pay her 30% of that capital for three consecutive months.

The promise was fulfilled. The last 30% was paid alongside her initial capital. Thrilled by this, Adigun more than doubled her commitment to ₦700,000 on March 2, 2021. Same monthly promise as above. No questions asked.

But on the 2nd of April when she was to receive the first payment, Adigun did not. “This is when trouble suddenly started,” she says to TechCabal.

That payment arrived two weeks later after Adigun repeatedly pressured Dominic Ngene Joshua, the founder and head of Brisk Capital, on Instagram. But that was as good as it got. No return has been paid for May.

Adigun says her sister also invested in Brisk Capital but never received any returns. They and two other people, who spoke to TechCabal anonymously, are among the latest victims of a familiar scam couched as an investment opportunity in Nigeria.
Joshua, the 21-year-old self-styled ‘Investment Maestro’ behind the Brisk wheel, is now in the custody of the Nigeria Police Force on a number of charges including investment fraud and stealing. A picture of him holding a board with those charges is dated May 1st 2021.

The police say that Joshua has diverted ₦2 billion from over 500 investors. He has spent some of that money on “parties, exotic cars, luxury watches, real estate in Abuja, Lagos and Port-Harcourt,” according to a statement from the special fraud unit on Monday.

How the heck did a 21-year-old do all that in barely six months?

Brisk Capital joined Twitter in October 2020. On the 19th of the same month, Joshua’s caption on his first Instagram photo read “Let’s Talk Business. I am back…”

He had apparently been off social media for one year and had spent time “learning and building a legacy focused on helping people gain financial security.”

In the weeks and months that followed, his Instagram became a well-curated gallery of professionally taken pictures with apt captions. When EndSARS protesters were shot in Lekki, he said the right things – calling for calm and mourning the dead.

After that week, he moved on to themes more in sync with the brand he was building: wealth, success and investments.

“For the remaining part of the year, I would be committed towards empowering 5 business owners with $100 each every Friday,” he said on October 26, 2020. Winners would be picked from the comments section. “#fundsfriday.”

Perhaps that should have raised questions but Joshua did not invent giveaways on social media. Influencers with verifiable jobs do it all the time but anyone with enough followers and an image of wealth can also find a thirsty audience. Joshua did not have to prove anything about his job and income even if he was just twenty years old.

“There is no difficulty with Brisk. We make investment a simple journey for you by taking the right investment decisions that yield the best result. We take up this responsibility and make your decision to invest a smooth, stress-free and easy one.”

Nnamdi Chife runs Chive GPS, a firm based in Abuja which does debt recovery and background checks. A client contacted him in December saying he wanted to invest with Joshua to earn the promised 30% monthly returns.

As part of a background check, Chife says he spoke with Joshua to verify Brisk Capital’s business portfolio and investment methodology.

Joshua explained that he invests his pool of client funds in real estate, forex trades and high-value fashion brands like Chanel – supposedly as a licensee who receives discounts on products.

Chife was anything but convinced, advising his client against investing.

“There was no record anywhere to establish that he did what he did,” Chife says to TechCabal, describing Brisk Capital as a product-backed Ponzi scheme.

“What he provided was a manipulated dashboard of supposed forex trades.”

But Joshua convinced people that he was legit. Adigun and one other victim say they were partly convinced to invest after a dinner party in December where some music artists performed. Rema, a Nigerian artist, made a gleeful post on Twitter celebrating returns from Brisk.

One victim who invested ₦500,000 and received 30% returns in February and March of this year says she was convinced by Brisk Capital’s marketers in her school, Abia State University. According to Chife, one person brought in hundreds of people who invested up to ₦700 million with Brisk Capital.

But dark clouds began to converge around Joshua in April. After a heady start, his book was now filled with promises of payouts; too many to fulfill.

Victims say Joshua and Brisk Capital stopped responding to payment enquiries on WhatsApp. The latest posts on the company’s Instagram and Twitter accounts are from March.

On April 19, Chive GPS sent a demand notice to Joshua. It was on behalf of a client who had not received the second payment for a ₦200 million investment made in December.

When Joshua failed to respond to the notice, Chive GPS involved the Nigeria Police’s Special Fraud Unit. They tracked and arrested Joshua who was already making plans to leave Nigeria according to Chife whose tweet this week brought Joshua’s escapades to light.

The Police said some of the properties Joshua bought with his victims’ deposits have been recovered. He will be charged to a Federal High Court when an ongoing strike by the Judiciary Staff Union of Nigeria ends.

Victims hope the process will help recover their deposits. “I invested ₦200,000 in December, which was due by March. I have not been paid till now,” one said.

She had invested because she knew people who worked with Joshua. Her friends had cashed out too. But all she has now is the hope of at least getting her capital back.

Chife expects the Economic and Financial Crimes Commission (EFCC) to take over the matter. But based on other similar Ponzi schemes that have crashed, he is not sure how many people will get back their money from Joshua.

Like victims of other scams, Joshua’s victims admit the 21-year-old’s promise of 30% monthly returns at zero-commission or fund management fees was always too good to be true.

“I didn’t do enough due diligence. I should have gone through appropriate authorities and done my background check,” one said.

She thought the percentage was outrageous but trusted her friend who was a Brisk Capital agent to help her invest.

“If I had also known my friend didn’t know Joshua that well, I wouldn’t have invested.”

Back in January, Adigun had been impressed when Joshua temporarily stopped taking deposits. “Brisk gave the impression they were deliberately managing their hedge fund to keep it sizable. I am just surprised that the guy’s intent was to defraud after all.”

Apparently, Joshua has admitted his crimes to the Police, pleading for time to return what he owes. That’s good news for Adigun. “To get my refund. That’s all I want.”

* Name of victims were changed or withheld to protect identity