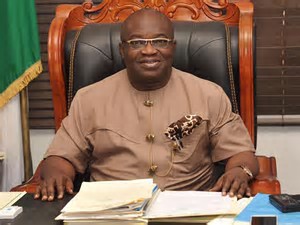 Local Government workers who were employed by Abia State government in 2019, but dismissed in January 2020 have appealed to Governor Okezie Ikpeazu to look into their plight and reinstate them to their positions.

The workers numbering over two thousand took their protest to the secretariat of the Nigerian Union of Journalists, NUJ, Aba, bearing placards with different inscriptions; “please don’t push us back to the streets, “please confirm all 2019 LG workers, “we were suspended when it was time to confirm our appointments.”

They stated that they were employed by the Abia Local Government Service Commission in 2019 after they were issued appointment letters, were dismissed in 2020. The dismissed workers told journalists that they were shocked to see the State Local Government Service Commission recently released a list of 250 newly employed council workers without their names.One of the workers, Okezie Njoku, who hails from Isiala Ngwa North council said that after their employment in 2019, they were not paid for a year as the government indicated that their employment was under probation.

“After one year, the salary started coming which lasted for 11 months and stopped again. Since January 2021, we’ve not been paid any money.“They said they’ll look into it and get back to us. The Chief of staff to the Governor called us and said they’re looking into our employment process saying that there were irregularities in the process that brought us in.

“This is after we’ve done all necessary things. We relaxed hoping to hear from them. “To our greatest shock, the government started employing new LG workers who were not even part of the 2019 set that they told us they’ll look into our problem.“We’re begging our Governor Dr Okezie Ikpeazu whom all of us here have been supporting to please hear our cries.

“In 2019 they assured us that if he wins the election, our employment will be confirmed and we all made moves to support his election, but today, we’ve been abandoned and most of us are dying of hunger and starvation.”

Another worker, Mgba Uzoma, said that they completed all processes from medical to the issuance of appointment letters and identity cards as council workers.

“We were issued appointment letters. We still have them till today. During the Covid-19 lockdown, they said people in our level should not be coming to work which was the only time we avoided the place of our works to obey the health rules.

“The last payment we got was since November 2020. Throughout this 2021, we’ve not received any salary and we’ve been going to work and thumb printing.

“We’ve tried to reach out to the government. The Chief of Staff to the Governor had a meeting with us and promised to look into our matter.

“However, just a few weeks ago, they released 250 names which they tagged newly employed workers with barely a few us there. We’re in the thousands. We now heard that our employment is over.

“We don’t understand. We’re begging the Governor to look into this case. We’re not strangers. Abia is our state. How can we be treated like this? Let the governor help us.”

A cross-section of others stated that the situation has caused them untold suffering as they were forced to relocate from their local government areas where they were posted to their homes with nothing to do and begged Governor Ikpeazu to come to their aid.

“We’re begging the government, our Governor, our traditional rulers and all stakeholders to save their children from the impending problems of hunger and starvation that will befall us in future because we’re traumatized already.”