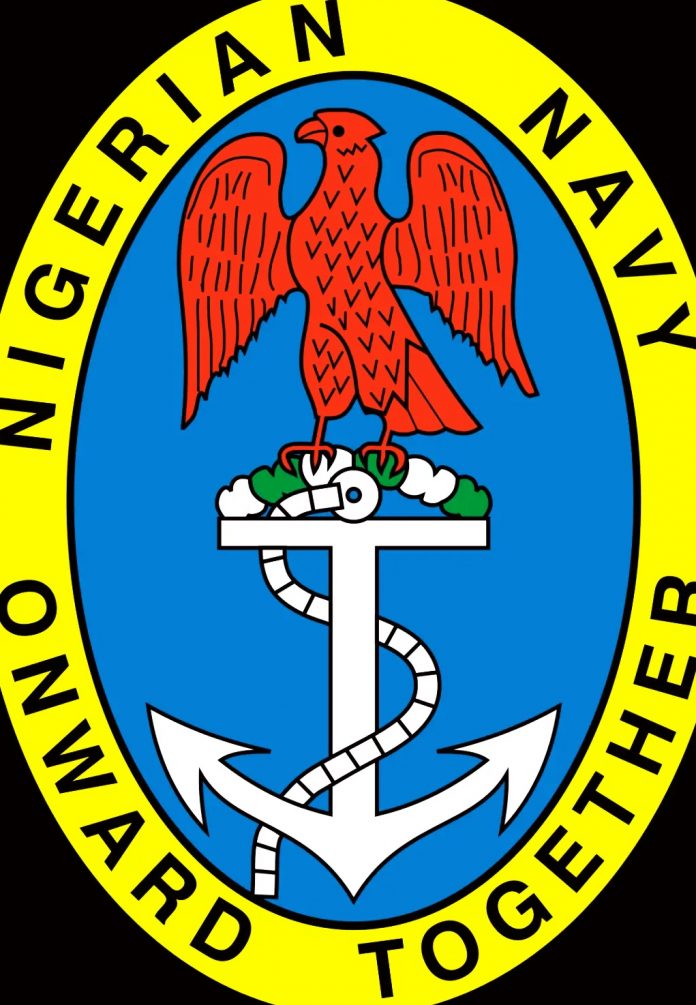 His family had recently raised the alarm that he has been in detention for over a year for unknown reasons and that his health was deteriorating.The Director Naval Information, Naval headquarters, Commodore Suleman Dahun in a statement titled, “Re: Family Raises Alarm on Detention of Naval Personnel for Over One Year,” said, “The attention of the Nigerian Navy has been drawn to a news story over the detention of one Petty Officer Abubukar AJ since 29 November 2020.

The news story claimed that the rating’s health has been deteriorating since his detention over an undisclosed offence and that his family has suffered untold hardship arising there from.

The Nigerian Navy wishes to confirm that the rating is currently being court martialled for alleged involvement in arms theft and sale.“Contrary to the impression created in the news story, the rating is hale and hearty and has been attending the ongoing court-martial. Therefore, members of the public are enjoined to disregard the news story and the attempt to stir public sympathy/sentiments over this issue.

It is to be noted that a court-martial is a routine military disciplinary process constituted by a competent authority to try personnel involved in acts of gross misconduct.”Recall that a member of Abubakar’s family, Hajiya Rabi’atu Abdullah Rogo, had pleaded with the Chief of Naval Staff, Awwal Gambo, for the release of her husband, Abubakar Jibrin claiming that he was detained without any offence.

In an open letter to the Chief of Naval Staff, CNS she said she had not seen her husband, a naval officer since September 2020 when he left the house for training at the naval base.

She alleged that injustice was meted out against Jibrin insisting her husband was being held for “doing nothing.”

She lamented that she did not know the condition of her husband if dead or alive, noting that her children had been out of school since January 2021 due to the absence of their father who is the breadwinner of the family.

While pleading with the CNS to allow her access to her husband who was initially held at the naval base in Pathfinder, Port Harcourt, Rivers State, she said, “There are many signs of injustice. PO Abubakar AJ was beaten, tortured, handcuffed for over 3 months in detention by LT CDR AS Adamu.

“My husband was denied medical attention; he gradually lost his sight and hearing, and he was charged for a crime he knows nothing about. Sir, there is nothing done so far about this injustice since you’ve been piloting the affairs of the navy as the chief of naval staff. However, it would seem some overzealous officers want to tag you with an image that does not belong to you. We do not think you should let them.

“PO Abubakar AJ is a patriotic Nigerian, an indigene of Kano State and citizen of Federal Republic of Nigeria and service personnel who has remained in detention since Sunday, 29 of November 2020. We the family expects that immediately upon his arrest, they would inform us why they arrested him and other steps that would be taken.

“We thought they would question him and free him within 24 or 48 hours (on bail unconditionally) or charge him to court for whatever offence they think he has committed; they constitute a court trial but they keep adjourning the proceedings.

“But up till now we have heard nothing from PO Abubakar AJ, he is still held incommunicado. The family does not know why they are keeping him there because the navy isn’t saying anything and they just think this is okay.

“Well, it’s not okay. They have to release him, his children are out of school since January 2021, He’s service personnel and a family man; he is not a criminal.”