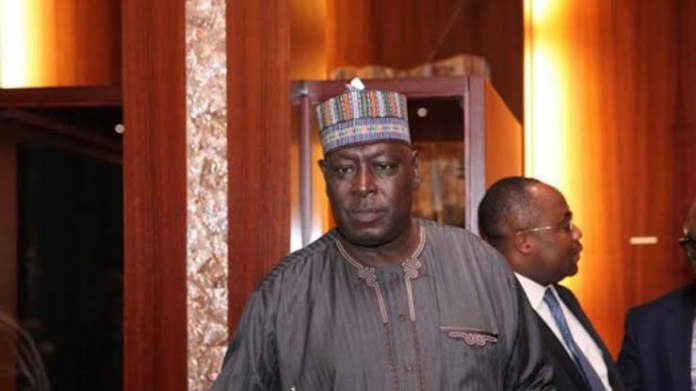 The Abuja Division of the Federal High Court has cleared former Secretary-General of the Federation (SGF) Babachir Lawal of all charges on Friday despite overwhelming evidence connecting him to a N544 million grass-cutting contract scam.

Justice Charles Agbaza on Friday ruled that the 11 witnesses brought by the Economic and Financial Crimes Commission (EFCC) against Mr Lawal, had not established any elements of the offences and charges preferred against him.

Mr Agbaza further held that the anti-graft commission was unable to prove that Mr Lawal was a part of the Ministerial Tenders Board, which reviewed and approved the deal, or even the Presidential Initiative for North-East, the group that decided to award the contract.

President Muhammadu Buhari suspended Mr Lawal from office in 2017 after a Senate committee accused him of embezzling N544 million.

The senate panel showed evidence of how funds went into Mr Lawal’s companies’ bank accounts, then, he moved the funds into his own personal accounts.

He took part of monies earmarked for victims of Boko Haram and said he used them to award contracts to check invasive grasses in the region.

Mr Lawal’s discharge and acquittal in the face of damning evidence is generating dismay among many Nigerians who now question the justice system administration in Nigeria.