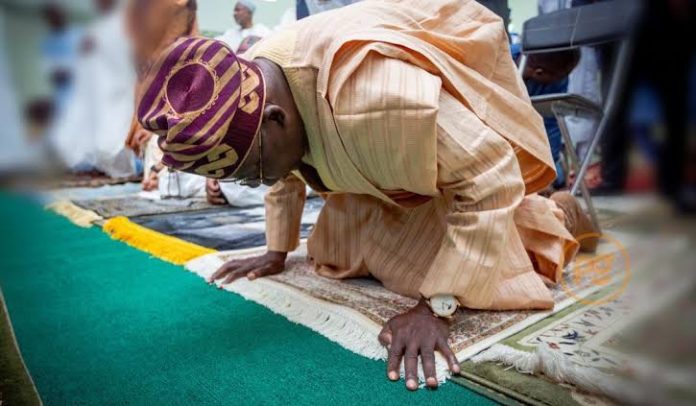 Naja’atu Muhammad, the APC presidential campaign council’s former head of the civil society organisations directorate, says Bola Tinubu, the party’s presidential candidate, has appealed to her to “cease fire.” According to her, Mr Tinubu is suing for peace and is willing to visit her in her home to ensure that.

The APC PCC had claimed, in response to Ms Muhammad’s explosive interview with DCL Hausa, that the former head of the civil society organisations directorate was sacked due to incompetence and leaking vital information.

“It’s a lie,” Ms Muhammad told THISDAY in an interview published on Wednesday.

“You know, Asiwaju himself wanted to come to my house. They met my mentor Wamako, and they spoke with a lot of people for me to cease fire. Then, last (Monday) night, I decided that we would cease fire,” the former APC stalwart explained.

However, she said the Tinubu media team had broken the ceasefire, stressing that “the conversation continues” regarding Mr Tinubu’s mental and physical capacity to run for president.

“But then I saw this (APC’s PCC’s statement alleging she was sacked from the council). Asiwaju himself wanted to come to my house to plead with me—I swear to God almighty! They were already running helter-skelter—going from pole to pillar—for certain people that I respect to prevail on me to cease fire. As of last night, I agreed to cease fire,” Ms Muhammad explained. “But when I saw their statement this morning (Tuesday), I sent it to Farouk, and I sent it to Omar Farouk. I also sent it to a few other people that were pleading with me. I told them: ‘Ceasefire gone!’ The conversation continues.”

Ms Muhammad added, “Everything about them is paralysed. When did they sack me? Could they have written a backdated letter? When you base everything on lies—I swear: yesterday (Monday), I was feeling so bad as so many of them were pleading with me. It’s not good to be arrogant. We must always be humble.”