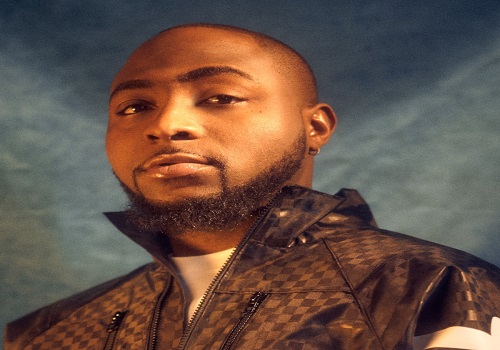 Nigerian politician, Dada Olusegun has come out to accuse Davido of threatening to attack him over the recently conducted Osun governorship election. He recently had his say via his social media page, and Nigerians have been reacting.

David Adedeji Adeleke (born November 21, 1992), who is better known as Davido, is an American-born Nigerian singer, songwriter and record producer. Davido was born in Atlanta, US, and raised in Lagos; he made his music debut as a member of the music group KB International.

He studied business administration at Oakwood University before dropping out to make beats and record vocal references. Davido rose to fame after releasing “Dami Duro”, the second single from his debut studio album Omo Baba Olowo (2012), from which six additional singles—”Back When”, “Ekuro”, “Overseas”, “All of You”, “Gbon Gbon”, and “Feel Alright”—were taken. In 2012, Davido won the Next Rated award at The Headies. Between 2013 and 2015, he released the hit singles “Gobe”, “One of a Kind”, “Skelewu”, “Aye”, “Tchelete (Goodlife)”, “Naughty”, “Owo Ni Koko”, “The Sound” and “The Money”.

In May 2014, Davido criticized the Nigerian Immigration Service (NIS) after missing his flight to London, and accused them of pestering him for money. On May 11, 2014, the PR officer for the NIS denied Davido’s allegations and said they did not issue him an exit permit because he did not have the correct travel documents with him.

On April 6, 2012, Nigerian Entertainment Today reported Davido had signed a ₦30 million endorsement deal with MTN. The deal unveiled him as the face of MTN Pulse, a marketing campaign aimed at Nigerian youth. On October 24, 2013, Pulse Nigeria reported Guinness Nigeria had signed Davido for an endorsement deal. As part of the deal, Davido performed at the Guinness World of More Concert alongside artists including P-Square, D’banj, Wizkid, Ice Prince, Burna Boy, Olamide, Phyno, Chidinma, Waje and Tiwa Savage. On May 9, 2018, it was reported that Davido had signed an endorsement deal with Infinix Mobile, a Hong Kong-based smartphone manufacturer.