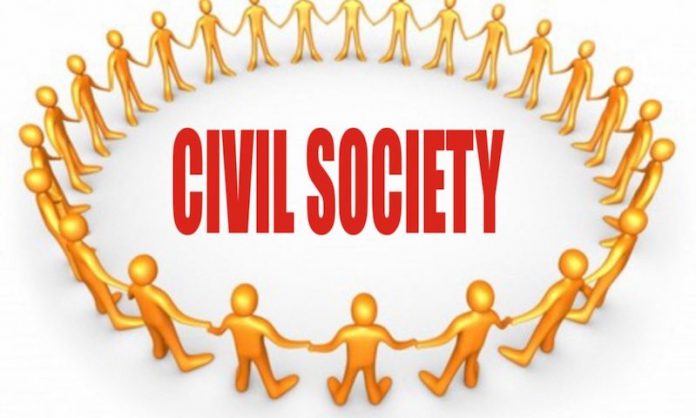 Sixty-four civil society organisations (CSOs) and personalities at the weekend asked the Secretary-General of the United Nations, Mr. Antonio Guterres to urgently take measures to prevent imminent genocide in Ethiopia.

Under the leadership of Guterres, according to the CSOs, the UN does not appear to have taken any lesson from the Rwandan Genocide to heart and the world could be auditioning for another preventable genocide in Ethiopia.”They expressed these concerns in a letter to the UN Secretary-General dated November 26 and titled “Concerning the Need to Take Urgent Action to Prevent Genocide in Ethiopia.”Ethiopian soldiers and Tigrayan fighters are battling for control of the country’s northern Tigray region. The Tigray People’s Liberation Front (TPLF) sees Ethiopian Prime Minister Abiy Ahmed as a bitter enemy.

Tensions between the Ethiopian government and the TPLF had been rising in the previous months, after Tigray held a regional election in September 2020 without the permission of the central government.The government had postponed general elections earlier in the year, citing coronavirus concerns. At first it appeared the Ethiopian army had defeated the TPLF. But fighting continued and began affecting the neighboring Amhara and Afar regions.Amid degenerating humanitarian crises arising from the conflict, the CSOs in a seven-page letter asked the UN scribe “to request you to provide leadership in taking urgent measures to prevent imminent genocide in Ethiopia.”

If failed to take the much-needed action and measures, the letter said: “We believe that genocide is likely to happen under your watch as the Secretary-General which will be a blot not merely on your record in that capacity but also of our collective humanity at this time.“If Addis Ababa should come under threat of falling to the rebel army, the internees – wherever they are held – would, under current conditions, be liable to be exterminated. This is easily foreseeable. It can also be prevented.

“We further note the alarming evidence of the likelihood of continued perpetration of other serious crimes under international law on populations including extermination, torture, rape and persecution.“The UN under your leadership can surely stop history from repeating itself. You have the means to do so but time is running out and posterity will be brutal in its judgement of your tenure if, despite the clear notice with a calendar, this genocide is not prevented,” the letter said.

To avert the imminent genocide, the letter urged the UN scribe to work with the International Committee of the Red Cross (ICRC) to make inventories of all internment centres in Ethiopia and ensure access, monitoring and oversight of conditions therein by the ICRC.The letter, also, asked the UN scribe to deploy, without further delay, his Special Advisor on the Prevention of Genocide (SAPG), Ms. Alice Nderitu, on an urgent assessment mission into Ethiopia.The letter further challenged the UN scribe take steps in liaison with member states to convene a special session of the Human Rights Council on Ethiopia;.

While emphasising the need to secure a clear Security Council Statement of commitment to the prevention of genocide in Ethiopia and authorization of measures to follow up on that commitment, the letter demanded a clear commitment by the Secretary-General to ensuring the prevention of genocide in Ethiopia.Failing to take these measures, the CSOs warned, might culminated in the repeat of genocide in Africa, which the UN did not take decisive steps to prevent in 1994 despite indications and warnings that preceded it.

On May 21, 2000, the letter reflected that the International Panel of Eminent Personalities (IPEP) on the Rwandan genocide, chaired by Botswana’s former president, Ketumile Masire, submitted its report to the UN through the Secretariat of the Organisation of African Unity (OAU), the precursor of the African Union.It said the report was titled “Rwanda: The Preventable Genocide,” which the Panel transmitted the Report under cover of a letter.The cover letter read in part: “Indisputably, the most important truth that emerges from our investigation is that the Rwandan genocide could have been prevented by those in the international community who had the position and means to do so. But though they had the means, they lacked the will. The world failed Rwanda.”

Specifically, the CSOs noted that the report found that the United Nations “simply did not care enough about Rwanda to intervene appropriately.”“We write because 21 years later, under your leadership, the United Nations does not appear to have taken any of these lessons to heart and the world could be auditioning for yet another preventable genocide in Ethiopia,” the CSOs said their seven-page letter.The CSOs that signed the letter include Africa Centre for Open Governance (AfriCOG), African Initiative for Peacebuilding, Advocacy and Advancement (AfriPeace), Nigeria; African Union Watch, Banjul; Cameroon women’s peace movement (CAWOPEM); Centre for Democracy and Development (CDD), Nigeria and Coalition for an effective African Court on Human and Peoples’ Rights (ACC).

ECOWAS calls for extraordinary meeting over coup in Burkina Faso