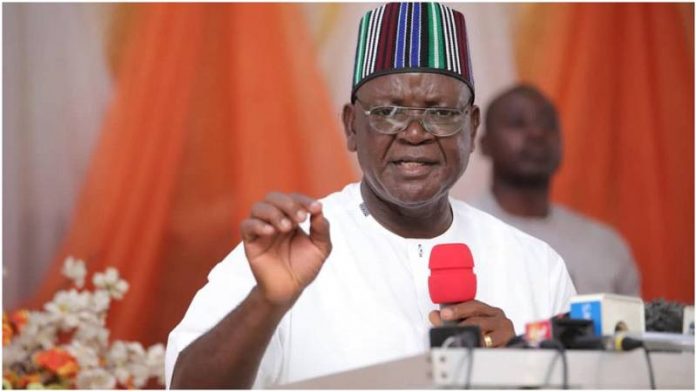 Governor Samuel Ortom of Benue State, yesterday assured that the Peoples Democratic Party, PDP, would overcome the challenges confronting it at the national level.

The Governor who gave the assurance while addressing the Benue PDP stakeholders meeting in Makurdi, acknowledged that there are still issues confronting the party  and noted that the leaders are discussing “and by the Grace of God we will overcome them.”

While reassuring that the party is united at the state level, the Governor said “we have no issues and we are quite committed to ensuring that we win the 2023 election.”

He also disclosed that the PDP governorship candidate and Speaker of the state Assembly, Mr. Titus Uba, who took ill few weeks back is recuperating in a hospital outside the country assuring that he will be welcomed home in the first week of January.

He said, “The Speaker who is our governorship candidate is well and in high spirit. He had wanted to come back home before Christmas but I advised him to stay behind and rest well before returning to the country because we are holding forth for him. By the first week of January 2023 we will all move to the Makurdi toll gate to welcome him back home to Benue State.”

The governorship candidate who later addressed the stakeholders on phone, thanked Governor Ortom and Benue people for all the support and also standing with him in prayers, assuring that if elected governor in 2023 he would not disappoint the people.

Present at the meeting were all former and present National and State Assembly members, political appointees, Local Government Council Chairmen, National and State Working Committee members, leaders of the party at the Federal and state levels from the state among others.