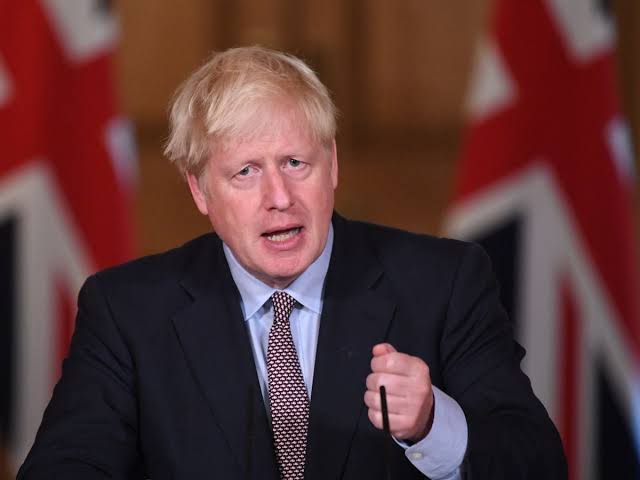 The U.K. will temporarily ban flights from South Africa and five neighboring countries over worries about a new, dramatically different Covid-19 variant recently identified in the region.

According to Bloomberg, the travel restrictions go into effect at noon Friday and are a precautionary measure to keep the spread of the new variant in check, Health Secretary Sajid Javid said. The six African countries will be placed on the U.K.’s red list as of Sunday, requiring travelers to quarantine in hotels upon arrival.

Singapore on Friday also moved to restrict travel from South Africa and nearby nations, following Israel, which acted late Thursday after the U.K. announced its measures.

Scientists are still trying to determine whether the new variant, called B.1.1529, is more transmissible or more lethal than previous ones. What’s clear is that it has the most mutations of any strain yet identified. That’s raised concerns inside South Africa and internationally, with authorities fearing a wave of cases that could increase pressure on already strained health-care systems.

“As part of our close surveillance of variants across the world, we have become aware of the spread of a new potentially concerning variant,” Javid said in a statement, adding that the new strain it’s now under investigation.

The government of Prime Minister Boris Johnson moved quickly after facing criticism for keeping travel open initially when earlier variants were detected in South Africa and India, allowing them to spread. The U.K. has wrestled with one of the world’s biggest outbreaks of the delta strain since the summer.

The U.K.’s flight ban is a further blow to the airline industry, which was starting to recover from earlier travel restrictions and lockdowns but now faces fresh curbs and a resurgent virus in parts of Europe. The measures mark the biggest change in the U.K.’s Covid travel rules since the so-called traffic light system was overhauled earlier in the autumn to ease border crossings.

From 500 to 700 people daily arrive in the U.K. via South Africa on flights, a number that would normally be expected to increase in the next four to six weeks due to seasonal travel.

In addition to South Africa, the countries covered by the new restrictions are Namibia, Lesotho, Eswatini, Zimbabwe and Botswana.

In South Africa, virologists have detected almost 100 cases linked to the new variant to date, according to Anne von Gottberg, a clinical microbiologist and head of respiratory diseases at the National Institute for Communicable Diseases. No cases have been identified in the U.K., the health department said.

World Health Organization officials have met to discuss the variant, which has also been detected in Botswana, where it’s been found in people who were vaccinated against Covid.

“Armed by our experience and understanding of the alpha and delta variants, we know that early action is far better than late action,” Ewan Birney, deputy director general of the European Molecular Biology Laboratory, said in a Science Media Centre briefing note. “It may turn out that this variant is not as large a threat as alpha and delta, but the potential consequences of not acting on the possibility it could be are serious.”

The new variant probably evolved during a chronic infection of an immuno-compromised person, possibly in an untreated HIV/AIDS patient, said Francois Balloux, director of the UCL Genetics Institute. The world’s biggest number of HIV cases has made it more difficult for South Africa to fight the Covid pandemic, because the virus can linger for longer in people whose immune systems are compromised, potentially offering a bigger window for mutations.

WHO experts are meeting Friday with authorities from South Africa, according to U.K. officials. It will take several weeks to see the impact of the new variant on hospitalizations and deaths and to study how it may interact with vaccines.