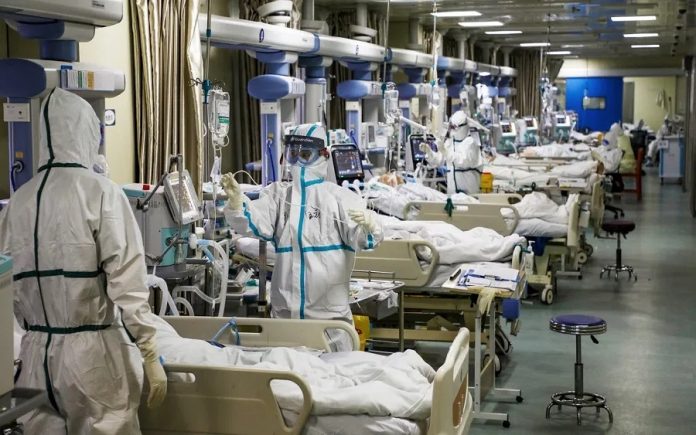 Less than 24 hours after the Nigerian government officially declared the third wave of the coronavirus pandemic in the country, the disease has claimed 11 more lives with 444 new infections.

In an update on its Facebook page Monday night, the Nigeria Centre for Disease Control (NCDC) said the 11 fatalities took the death toll in the country to 2,160.

Health experts have, however, attributed the increase in deaths to public health fatigue and an upscale in infections with the rapid spread of the highly transmissible Delta variant of the virus.

According to the NCDC update, the 444 new infections recorded on Monday have also raised the total confirmed cases in the country to 174,759.

With rising daily infections and deaths, the COVID-19 situation in Nigeria may get worse as resident doctors across the country on Monday downed tools over unpaid allowances among, several other demands.

The doctors’ decision, health experts say, would further complicate the country’s response to the pandemic as well as other infectious diseases such as cholera which are also on the rise.

A breakdown of the NCDC data revealed that 12 states and the Federal Capital Territory (FCT) contributed to the 444 new cases on Monday.

Lagos, Nigeria’s commercial centre and coronavirus epicentre, for the umpteenth time recorded the highest figure on Monday with 275 out of the 444 cases. PREMIUM TIMES reported how the Lagos governor, Babajide Sanwo-Olu, said on Monday that the state has recorded an average of six deaths daily in the past week, from the virus.

On Monday, Rivers and Akwa-Ibom states in Nigeria’s South-south region followed with 63 and 62 confirmed cases respectively.

Kano, Nasarawa, Sokoto, Jigawa and Ebonyi States reported only one infection each.

Meanwhile, according to the NCDC data, of the over 174, 000 new cases, 165,037 people have recovered and have been discharged from hospital across the country.

With the recent increase in daily cases, active cases in Nigeria have jumped to 7,151.

Nigeria has tested over 2.4 million samples out of its estimated 200 million population.

About four million doses of the Moderna vaccine donated to Nigeria by the U.S. arrived in the West African nation on Sunday. The government said its agency in charge of food and drug safety, the National Good and Drug Administration and Control (NAFDAC) is currently assessing the vaccines to ascertain if they are safe for use in the country.