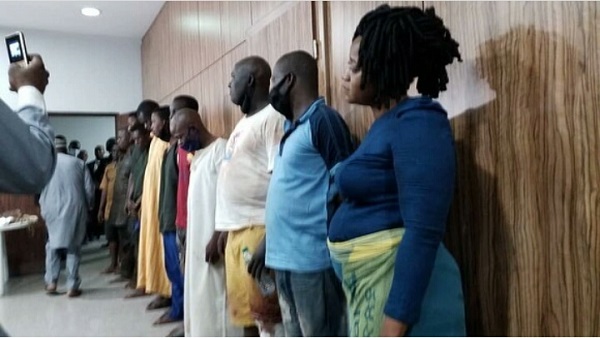 A Federal High Court in Abuja has struck out a motion filed by the Department of State Services (DSS) in which it prayed the court to reverse the bail earlier granted to the 12 detained associates of the Yoruba nation agitator, Sunday Adeyemo (aka Sunday Igboho).

In a ruling yesterday, Justice Obiora Egwuatu struck out the motion, following an oral application by lawyer to the DSS, Idowu Awo, for the withdrawal of the motion filed on August 9.Awo said the service filed a notice of appeal on August 13 against the court’s earlier ruling granting bail to the detainees.He added that since the DSS decided to go on appeal, there was no need to retain the motion earlier filed.

Lawyer to the detainees, Sunday Adebayo, did not object to Awo’s oral application, following which Justice Egwuatu struck out the motion.But Adebayo complained that the DSS failed to accept the release order issued by the court the previous day, a claim Awo faulted, arguing that his agency had no reason to reject any court document except it was brought late in the day.

Justice Egwuatu said such complaint was unnecessary because Adebayo knew what to do if the DSS chose not to accept a release order issued by the court.Speaking after the court session, Adebayo said other members of the detainees’ legal team returned to the office of the DSS yesterday to process the release of their clients.