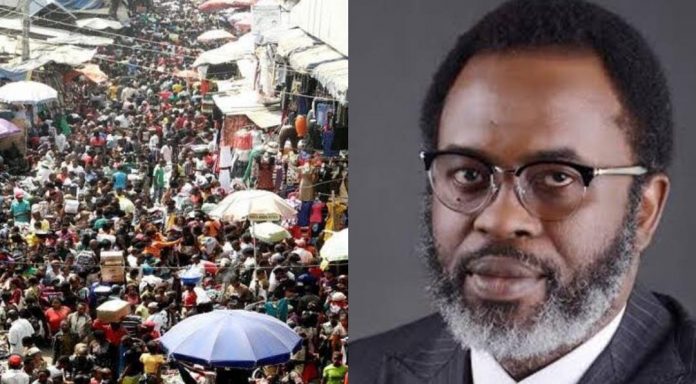 On Tuesday, the Ikeja Division of the Lagos High Court restrained the attorney general, commissioner for justice, and Kosofe local government from forcibly taking over the Alaba section of Mile 12 Market.

Justice Latifat Oluyemi gave the interim injunction pending the determination of an application before the court.

The claimants sued for themselves and on behalf of the traders from the Alaba section of Mile 12 Market.

Ms Oluyemi restrained the respondents, their agents, servants, privies and any other person from demolishing or forcibly taking over the section pending the determination of the motion on notice.

The suit was brought under Order 42 Rules 1 and 4 and Order 43 of the High Court of Lagos State (Civil Procedure) Rules, 2019, and other provisions.

The claimants’ counsel, M.G. Quadri, alleged that he was refused entry and chased out by Samiat Abolanle-Bada, the chairman of the Ikosi-Isheri LCDA, at a mediation meeting held on December 19, 2022, which he said, all parties attended.

Mr Quadri alleged that the respondents continued with the demolition of the said section of the market on December 18, 2022, despite the service of court processes and prior agreement by the parties concerned.

He said the agreement, which took place at the office of the police commissioner in Lagos on December 17 2022, was to stay active until the December 19, 2022, meeting.

“On December 19, the second meeting was held. All parties who attended the previous meeting also attended this one. The respondents orally promised the applicants to begin some sort of resolution process and stop further destruction of the market,” stated the counsel. “Despite the promises given, destruction of properties and assault on helpless traders by heavily armed thugs have not stopped. It only increased exponentially.”

Mr Quadri added, “From the time the motion on notice was filed up until now, more parts of the Alaba Section of the Mile 12 Market have been destroyed. Traders have been forced away from their shops, and thugs have been patrolling the area, assaulting anyone that comes close.”

The judge adjourned the case until Thursday for further hearing.