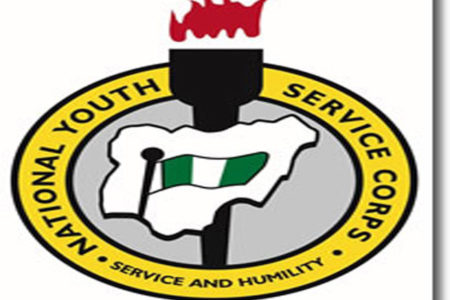 Federal High Court sitting in Abuja has fined 1,000,000 (One Million) Naira on the National Youth Service Corp (NYSC) as damages for refusing a female Corps member, Emeghoghena Julia and six others opportunity to wear skirt during their service year.

Amongst others, Ahmed also said such act was a breach of freedom of religion, harassment, embarrassment and humiliation of his clients who were refused from using skirt that had earlier been stipulated by the Law to be used by Members of the NYSC.

Delivering his Judgment, Justice D.U. Okorowo of the Federal High Court of Nigeria, declared that the use of Skirt by the applicant in National Youth Service Corps forms part of the fundamental Rights to freedom of Religion and Freedom to manifest same in practice and observance as contained in the Section 38(1) of 1999 Constitution (as amended).

Hon. Justice Okorowo also declared that the harassment, embarrassment and humiliation which the Applicants were subjected to in the hands of the Agents of the Respondents is a clear infringement on the fundamental Right of the said Applicant, Right to religion and freedom to manifest same in practice as well as Fundamental Right to dignity of human person and degrading treatment.

The Court mandated the respondent, their servants, agents, privies or whatsoever called to recognize, allow and provide skirt for the Applicant or any female wishing to use same in line with section 38(1) of the 1999 Constitution (as amended) and the book of Deuteronomy 22:5.

He also ordered forthwith, to recall the Applicants and restore all their entitlements in accordance with Rights and Benefits accorded their call mates including issuance of call certificates of that year with damages in the sum of N1,000,000.00 (One Million Naira) each.

Emeghoghena Julia and six others were Corps Members who graduated from the University of Ibadan in 2019, were denied the use of skirt as Uniform during their National Youth Service Corps by the Agent of the Respondent, thereby subsequently denying the Applicants completion of service.

According to Julia and others who were posted to permanent Orientation Camp, Awgu, Awgu Local Government Area of Enugu State, stated that the use of trousers by females was against their faith as (Deuteronomy 22:5) which forbids female from using/wearing male wears as Trousers are male wears according to the Applicant’s faith.

She explained that during their service year, they were told that the use of skirt was not allocated and as a result, they were made to face series of embarrassment, intimidation, molestation and insult from the agents of the Respondents.

She explained that they were issued a query, stating that her faith prohibits her from wearing knickers and trousers as women and were thereafter, made to face the Camp Court after which they were subsequently de-kitted and decamped on the ground that they did not comply with the NYSC regulation for dressing.

Earlier, Julia appreciated the Court for allowing justice to prevail and appreciated everyone who stood by them while the case lasted.