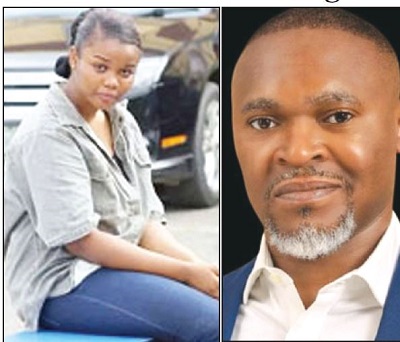 Justice Yetunde Adesanya, in a short ruling, said that Sections 218 and 219 of the Evidence Act 2011 provide that “A person, whether a party or not in a case, may be summoned to produce documents without being summoned to give evidence and, if he causes such document to be produced in court, the court may dispense with his attendance.”

Section 219 of the Evidence Act also states that: “A person summoned to produce a document does not become a witness by the mere fact that he produces it and cannot be cross-examined unless and until he is called a witness.”

Adesanya said: “This officer of Access Bank haven not been sworn on oath cannot be cross-examined.”

Justice Adesanya dismissed the application during the ongoing trial of an undergraduate of the University of Lagos, UNILAG, Chidinma Ojukwu, over the alleged murder of Michael Ataga, the Chief Executive Officer of Super TV.

Ojukwu is standing trial bordering on murder, stealing and forgery alongside her sister, Chioma Egbuchu and one Adedapo Quadri.

At the resumed hearing of the matter yesterday, the prosecution counsel, Mrs A. O. Oluwafemi, told the court that the prosecution had a representative from Access Bank, who is in court based on a subpoena to tender the account document of the deceased, in the Michael Ataga matter.

She, however, called a representative of Access Bank, Mr Toafeek Lawal, to the witness box to present and tender the statement and certificate of identification.

After tendering the statement, the first defendant’s counsel, Onwuka Egwu, sort to cross-examine the subpoenaed Access Bank staff on the document he tendered before the court.

However, the Gtb Bank official, Mr Ademola Ayodeji, also tendered the bank statements of the late Ataga before the court.

Consequently, Justice Adesanya admitted all the documents in court as exhibits.

The case was adjourned till April, 28, for a continuation of trial.