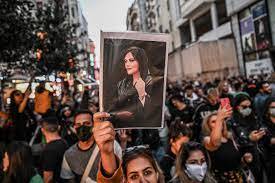 Iran’s top court has ordered the retrial of a third protester on death row sentenced over the nationwide protests that began more than 100 days ago.

The judiciary in the Islamic Republic made this known on Saturday, according to AFP.

The country has been rocked by demonstrations since the September 17 following the death of Mahsa Amini, a 22-year-old Iranian Kurd.

Amini died in the custody of the police, after her arrest in Tehran for an alleged breach of the country’s strict dress code for women.

Iranian officials say hundreds of people have been killed in the unrest, including members of the security forces, and thousands have been arrested.

Two protesters have been executed by Iranian government for their participation in nationwide unrest.

On Saturday, the judiciary’s Mizan Online news website said the 26-year-old, who is the third on death row has been granted a retrial, without specifying the original verdict.

“The appeal against the decision issued by a Tehran Revolutionary Court was upheld in the Supreme Court,” a statement noted, adding that Nourmohammad-Zadeh’s case is referred to another court to be tried again.

His lawyer, Hamed Ahmadi, told the ILNA news agency on December 21 that Nourmohammad-Zadeh had been sentenced to death after being convicted of “moharebeh”, which means “enmity against God”.

“I sincerely hope that the Supreme Court cancels my client’s death sentence,” the lawyer added, citing new evidence in the case.

Nourmohammad-Zadeh is the third person reportedly on death row to be allowed a retrial after Kurdish rapper Saman Seydi, also known as Saman Yasin, and Mahan Sadrat.