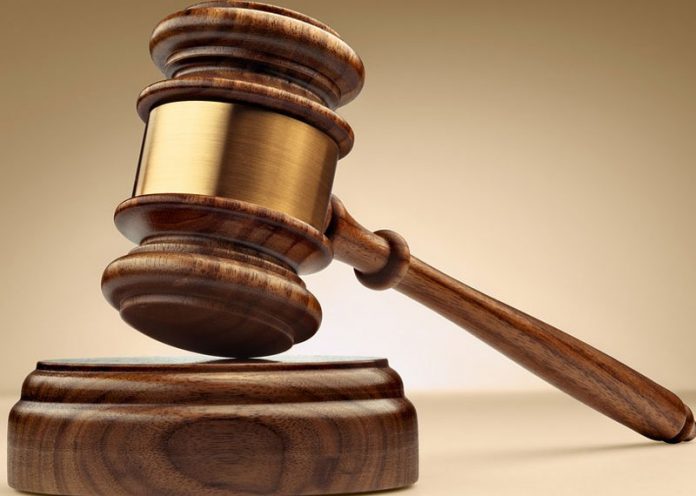 A Federal High Court sitting in Abeokuta, Ogun State capital, has dismissed three different cases filed against the All Progressives Congress and its governorship candidate, Dapo Abiodun, challenging his victory at the party primary.

The party primary which was conducted on May 26, 2022, produced  Abiodun as the party candidate for the 2023 election.

Justice Joyce Abdulmalik dismissed the three cases for various reasons ranging from lack of standing to sue to lack of jurisdiction, incompetence, frivolity, academic exercise and being statue barred. The Judge also awarded a “joint  cost” of N2 million against the litigants and in favour of APC and its candidate in each of the three cases.The plaintiff, Mrs Sherifat Eweje,  who filed the suit  against the  APC and  Abiodun, was told that a person who did not participate in a primary election for an office  cannot invoke the limited jurisdiction of the court to challenge the outcome of that primary.The Judge remarked that Eweje bought a form for a legislative seat and did not buy a form for the governorship. The Judge added that Eweje withdrew her candidacy on May 10 2022, long before she filed the suit and long before  May 26, 2022 when the governorship primary held.The court declared that  the plaintiff  had no locus standi to file the suit .The court also held that the  plaintiff’s suit is statute barred because it was filed more than 14 days after the cause of action arose.In the judgement , the judge declared the suit incompetent and hereby  struck it out.The court  described  all other issues raised in the case as academic issues, since the court had no jurisdiction. It also awarded a  joint costs of ₦2m in favour of 1st and 2nd defendants for the institution of the suit.In the second case filed by Semiu  Alao, the court resolved the issue of locus standi first, saying the  plaintiffs were not aspirants .Adding that the plaintiff  did not participate in any election whether primary or delegate. The judge then declared that the plaintiffs who were not aspirants had no locus standi to file the case.Regarding the singular plaintiff who claimed to be a delegate, the judge remarked that all the plaintiffs acknowledged that 4th defendant is the chairman of 5th defendant and yet the document that the plaintiffs showed highlighting the alleged delegate’s name as a delegate was not authenticated by the said 4th defendant as sent to the national chairman.The court concluded that plaintiffs’ counsel failed woefully to establish that 2nd plaintiff was a delegate and thus failed to establish the locus standi of the plaintiffs to file the case.The court then declared the case as incompetent. A Cost of ₦2 million was  awarded against plaintiffs in favour of 1st, 4th, and 5th defendants.In the third case, Nuberu  Adesanya and  two others vs  INEC and three others, the court cited the case of Alli Modu Sheriff vs. PDP., to the effect that a political party is a voluntary club and its decisions are binding on its members who must obey the party or leave the party.Ruling on objections raised by APC, the court agreed that under the APC constitution, offences against the party include filing an action against the party or its officials without first exhausting internal remedies.The court found that the purported complaint filed by plaintiffs was misdirected as under the party constitution, it must start from the ward level and climb its way up. The court held that the plaintiff did not exhaust the internal remedy of the party and the case filed was “not justiciable.”Adding that the parties had an obligation to exhaust internal remedies but failed to do so. Instead of submitting complaints to their wards and working those complaints up the ladder of the party’s dispute resolution structure, they rushed to court and filed cases that pertain to matters that are not justiciable, being internal affairs of APC. The court reminded the litigants  that APC is a voluntary organisation and the will of the majority will prevail in APC.  A joint cost of ₦2m was also awarded  in favour of 1st – 3rd defendants in the matter.