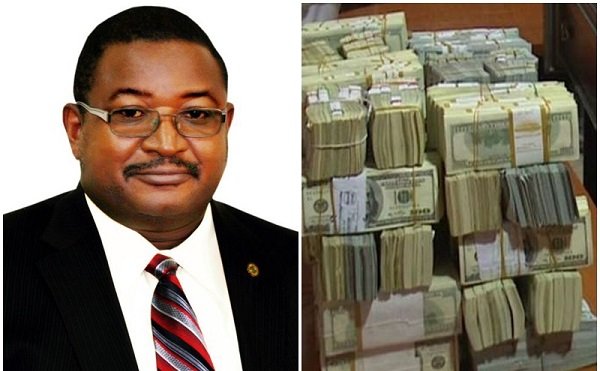 A Federal High Court in Abuja has decline a request by the Economic and Financial Crimes Commission (EFCC) to play a video evidence in the ongoing trial of a former Group Managing Director (GMD) of the Nigerian National Petroleum Corporation (NNPC), Andrew Yakubu.

In a ruling yesterday, Justice Ahmed Mohammed dismissed the application the EFCC filed to that effect, holding that since Yakubu was not the maker of the video, he could not be cross-examined on it.

The EFCC is prosecuting Yakubu on alleged money laundering charge, following the agency’s recovery of $9,772,800 and £74,000 in cash in the ex-NNPC GMD’s Kaduna house.

EFCC’s lawyer Farouk Abdullah had, on June 30, sought the court’s permission to play the video containing recordings of how EFCC’s officials recovered the money in Yakubu’s home.

The discs containing the recordings were tendered on October 17, 2018, through the sixth prosecution witness (PW6).

Defence lawyer Ahmed Raji (SAN) objected to the prosecution’s request, arguing that Yakubu was not a maker of the exhibits which, in the eyes of law, were documented.

He averred that the playing of the video ought to have been done through the witness, who produced and through whom it was tendered.

Raji added that granting EFCC’s request would amount to varying “the directives of the Court of Appeal as to what is to be done in the suit”.

In yesterday’s ruling, Justice Mohammed upheld Raji’s argument and deferred his decision on EFCC’s fresh request to recall two prosecution witnesses for re-examination before the conclusion of Yakubu’s cross-examination.

Raji contended that since the EFCC had called all its witnesses and closed its case, “recalling those witnesses when the defendant had already opened his defence and he is in the witness box will only interrupt the proceeding”.

Justice Mohammed observed that Yakubu, who had been in the witness box as the first defence witness since July 8, 2020, had given his evidence before the court.

He said it would be unfair to keep the defendant in the witness box for over a year and grant EFCC’s fresh prayer when his cross-examination was still on.

Justice Mohammed adjourned till July 29 for the continuation of Yakubu’s cross-examination.