Court Asked to Strike out Charges Against Suspected IPOB Members 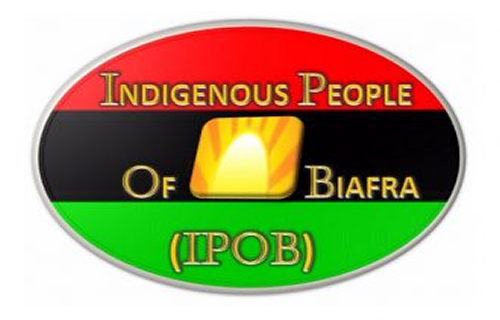 A legal practitioner, Charles Onuchukwu, has urged the court to strike out charges against suspected members of the Indigenous People of Biafra, IPOB, arraigned over alleged murder, arson, use of offensive weapons and theft.

Onuchukwu, who spoke to newsmen while reacting to the remand of the 14 suspects in prison by the court, urged the court to strike out the charges, which it lacks jurisdiction to handle and commence trial on others to enable the suspects apply for bail. The lawyer alleged that some of the suspects were arrested on the road and from their homes.

The suspects, according to charge No; MAN/ 132/ C/2017 and MAN/ 133C/2017, Commissioner of Police vs Chinonso Ude and six others, read that “Chinonso Ude, Maduabuchi Echereodo, Ukochukwu Ikechukwu, Okechukwu Daniel, Okezie Jeremiah, Chizuruoke Nwanmuo and Ifeanyi Sunday, were arraigned on 12-count charge which includes the murder of ASP Cyril Nwosu, setting ablaze the Ariaria Police station, burning of exhibit vehicles, theft of Police pump action rifles and control offensive weapons as members of the IPOB, which you used to terrorize the public and thereby committed an offence punishable under Section 10(1)(a) of the Abia State Prohibition of terrorism, kidnapping, hostage taking, the use of offensive weapons or explosives and other threatening behaviour Law No. 10 of 2009.”

In his ruling, Presiding Magistrate of Aba North Court 2, Ogbonna Adiele, who said the court lacks jurisdiction to try the alleged offences of murder and arson, ordered the suspects in Charge No; MAN/ 132C/2017 and MAN/133C/2017, to be remanded in the prison, and directed the Police to transfer the case file to Director of Public Prosecution, DPP.

He adjourned the case till October 11 for report on compliance