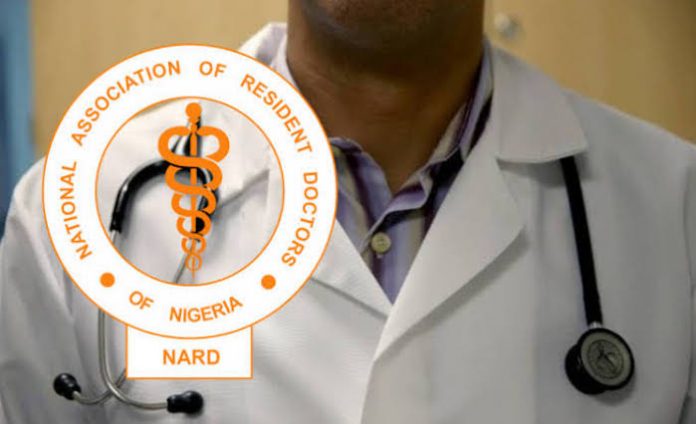 The National Industrial Court has adjourned the hearing of the dispute between the federal government and the resident doctors to September 15, 2021.

The adjournment of the case involving resident doctors came just as the Minister of Labour and Employment Senator Chris Ngige hailed the Medical and Dental Consultants Association of Nigeria (MDCAN) for shelving its planned strike, describing their decision as patriotic.

A statement by the leadership of National Association Resident Doctors (NARD) signed by its President, Dr. Uyilawa Okhuaihesuyi said that the Industrial Court had adjourned the case with the government to September 15.

He said: “ As a law -abiding association, we were at the court as summoned but the Ministry of Labour and Employment was absent and only the Ministry of Health was present representing the federal government. The court then adjourned the case to September 15”.In the statement NARD pleaded for understanding of Nigerians for the ongoing strike, saying that, “ a hungry doctor is dangerous doctors”.

He said that the association is hopeful that government will do the needful by providing for the welfare of the doctors, so as to stem the ugly state of brain drain afflicting the health sector.However, a statement by the Deputy Director, Press in the Ministry of Labour and Employment, Charles Akpan, commended the senior doctors for their maturity in not going of strike.The statement said:

“The consultants have proved they are conscious of the onerous roles and extra burden they shoulder as very senior doctors at a critical time, the resident doctors embarked on a strike the federal government has done everything to avert.“These senior doctors have again shown maturity and commitment to the sacred responsibilities demanded of their calling and the Hippocratic oath.

”Ngige said that the doctors had further demonstrated faith in the steps already taken by the federal government through the Minister of Labour and Employment, Senator Chris Ngige who directed the immediate reversal of their migration from CONUAS back to the CONMESS wage structure in obedience to the judgment of the National Industrial Court and in the spirit of the ongoing conciliation between them and their two employers – Minstries of Health, Education as well as the National Salaries Income and Wages Commission.

The Minister had directed the Chairman of the National Salaries Income and Wages Commission to halt further action on migration of these consultants from CONMESS to CONUAS salary structure , with emphasis that “every court judgement no matter how bad, must be obeyed until upturned .”“ It is also instructive that the consultants by their action, have expressed full confidence that the dispute will be successfully conciliated and their demands met amicably .

“The federal government will continue to be alive to its responsibilities to the consultants who double as teachers in the University Colleges of Medicine as well as do clinical work in the Teaching Hospitals, also guide the resident doctors in their professional training, just as it will not shirk its obligations to all medical doctors and health workers in the country.”