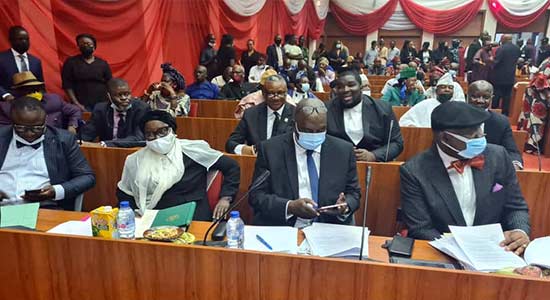 The move by the Senate for the creation of additional six law schools in addition to the existing seven suffered set back on Monday in Abuja with vehement rejection of the idea by the Council of Legal Education, the Nigeria Bar Association (NBA) and some senators.

The opposition against the move by the Senate came to the fore at the public hearing session organised on the bill and two others by the Senate Committee on Judiciary, Human Rights and Legal Matters.

The bill which is seeking to amend the Legal Education Consolidation Act 2004 was sponsored by Senator Smart Adeyemi from Kogi West Senatorial District.

The Chairman Senate Committee on Judiciary headed by Senator Opeyemi Bamidele,  explained that it seeks to amend the extant act in order to make provision for an increase in the number of the Nigerian Law School Campuses from the current six to 12.

Bamidele, thereafter, sought for inputs from critical stakeholders on the legislative proposal titled: “Legal Education (Consolidated etc, Amendment) Bill 2021,” but got unfavorable submissions from some of them.

The first person to oppose the bill was Senators Ike Ekweremadu (PDP Enugu West). He warned against politicizing legal education. Senator Seriake Dickson (PDP Bayelsa West), also supported him and called on their colleagues to be cautious on the proposal. He said the council should work with the stakeholders to decide on where to establish.

Ekweremadu said, “establishment of new campuses or law schools should be left at the discretion of Council for Legal Education as empowered by the act that set it up in 1962.”

The President of Nigerian Bar Association, Olumide Akpata, said the move was unnecessary as the existing six law schools were grossly underfunded before the intervention of Rivers State government with a well-equipped campus in Port Harcourt.

“With required infrastructure, the existing law schools across the country are enough to accommodate thousands of law students graduating from the various universities.

“The Council for Legal Education is the institution empowered by law to set up a new campus on the basis of need assessment and not political considerations driving the move for the establishment of additional six across the six geo-political zones.

“Besides, resources of the Federal Government which are wearing out, cannot help in putting in place such campuses let alone, sustaining them.

“What is required from the Senate and by extension the National Assembly, is to by way of appropriation, team up with the executive for adequate funding of the existing law schools,” he said.

Another strong opposition against the bill came from the Chairman of the Council for Legal Education, Emeka Ngige, SAN said the council is 100% opposed to it.

The position of the council, he lamented, arose from deplorable condition of most of the existing ones now due to gross underfunding.

“For instance, the deplorable condition in which students at the Yenagoa law campus are studying is worse than what prisoners in Ikoyi Prison are experiencing,” he said.

He told the lawmakers that they will shed tears if they visit some of the existing campuses and see the deplorable conditions in which students and lecturers are living.

“The move by the Senate through this bill is more or less subtle usurpation of the functions of the Council for Legal Education.

“Any need for establishment of a new law school campus, are by law, be routed through the Council for Legal Education as exemplified by the Rivers Model,” he stressed.

According to the bill, the proposed new campuses are to be sited in Kabba for North Central, Maiduguri for North East, Arugungu for North West, Okija for South East, Orogun for South South and Ilawe Ekiti for South West.