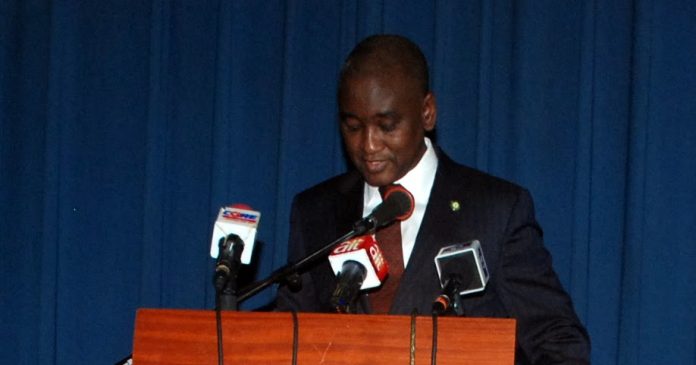 The lingering insurgency in the North Eastern part of Nigeria was again brought to fore at the international arena on Thursday, 26th  October, 2017, when the President of the Nigeria Bar Association (NBA), A. B. Mahmoud, OON, SAN, took the floor to address the just concluded American Bar Association Conference in Miami, Florida.

Delivering his speech as the keynote speaker on the topic “Beyond Rhetoric: The Role and Rights of Refugees in an Innovated Global Economy”, Mr. Mahmoud asserted that the crisis in the North East was precipitated by a culmination of religion, corruption, bad governance, climate change and illiteracy. “Unlike the narratives that the crisis was caused by religious extremism and bigotry, I want to postulate that whereas religion maybe a cause, corruption, bad governance, and impact of climate change exacerbated the insurgency”, he said. The NBA President gave example of the billions of dollars that was stashed away through the Malabu oil deal as example of money that should have been used to better the lots of Nigerians.

According to him, the amount of money stashed in foreign banks in Malabu scandal is more than what is required to build the Northeast. He also blamed illiteracy on bad governance of successive governments at all levels. On the negative impact of climate change, he presented a graphic analysis of how the Lake Chad basin has continue to shrink from 1963 to date, thereby impairing the source of sustainable water for the residents of the region. Meanwhile, in continuation of his effort of making NBA a global brand, the NBA President left Lagos for London on Thursday, to honour the invitation of the Bar Council of England & Wales, as a special Guest at its Annual Bar and Young Bar Conference. The President was accompanied by two young lawyers; the Technical Assistant in the office of the NBA President; Ibrahim Abdullahi, Esq and Yingi William Hart (Miss) of Port Harcout Branch, who was nominated by the Chairman of the branch; Victor Omubo Frank Briggs Esq. They are expected back in Nigeria next week.

Communications Team, Office of the President of the NBA (OPNBA)