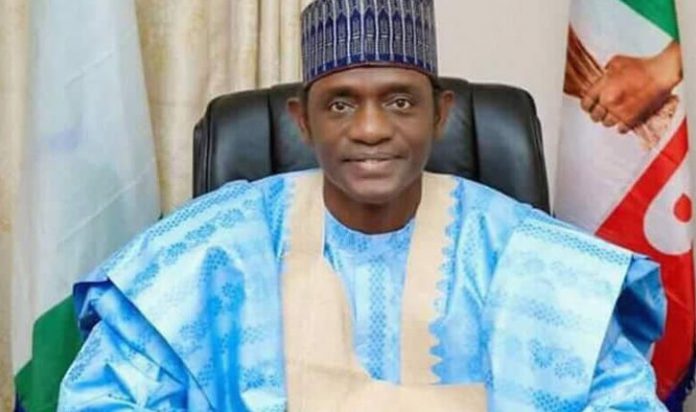 The ruling All Progressives Congress (APC) could give in to pressure from powerful stakeholders in the party who want the ticket for the 2023 presidential election to be thrown open to accommodate all intending aspirants , Newswire learnt

A party chieftain who is also a member of the Caretaker/Extraordinary National Convention Planning Committee, some northern governors who are carrying out their second terms and are interested in the presidency is putting pressure on the Mai Mala Buni-led committee to open the ticket to ensure a fair playing field for all aspirants.

According to him, there have been divergent opinions within the party, and the party leadership is still weighing all options in order to make a decision that would not jeopardize the party’s prospects at the polls.

“To be frank, we have not reached an agreement on the zoning of the presidential ticket.
What we have is a clamor from different parties in the party about where the ticket should be zoned, with all of them canvassing points to back up their assertions.

Last week, it was reported that the party had zoned the presidency to the south and the national chairmanship to the north.

Senator John AkpanUdoedehe, Secretary of the Caretaker Committee, refuted this, claiming that the Buni-led committee could not have made such a critical decision without extensive consultation with key stakeholders.

Speaking on the subject, Hon. Abdullahi Bello, State Chairman, APC, Kogi State, said the party could open the ticket so that some of the best as­pirants could compete for it.

Bello, who said zoning is ungodly and undemocrat­ic, added that given the dire situation Nigeria currently finds herself, what should be the focus of everyone now is to get the best candidate that can unite the nation and prof­fer solution to the insecurity challenges across the country.

“I have never for once sup­ported zoning because it is undemocratic. Zoning is un­godly and it deprives the best candidate the chance of get­ting the ticket. It is only when you throw the ticket open to all the aspirants that you can get the best candidate.

“I belong to the school of thought that the APC ticket should be thrown open to ev­ery eligible aspirant to aspire for the number one position of our country. Looking at the situation in our country today, this is not the time to be talking about zoning. Our focus should be on capacity. Let the best man take up the job of leading Nigeria”.

“The best candidate for APC in that election is no oth­er person than my principal, Alhaji Yahaya Bello, and it will be unfair if he is deprived of contesting because of zon­ing”, he said.

However, Alhaji Tunde Balogun, Lagos State Chairman of APC, said it will amount to changing the goal­post in the middle of the game if the zoning arrangement is jettisoned now when Presi­dent Muhammadu Buhari is almost completing his tenure in office.

Warning that dumping zoning arrangement now may cause crisis within the party, Balogun advised that the gen­tleman’s agreement reached by the founding fathers of the party must be strictly adhered to in the spirit of justice, fair play and equity.

“It is not possible for the ticket to be thrown open. We have founding fathers of this party and based on their agreement at their meetings then, President Muhamma­du Buhari was able to pick the ticket after it was zoned to the North.

“So, now that he is com­pleting his eight years, how can we now begin to change the goalpost in the middle of the game by saying the ticket should be thrown open to both North and South?

“It has been agreed then that the zoning arrangement should continue in 2023, which means it has to come to the South. Talking of throwing the ticket open doesn’t show fair­ness and justice. In order not to create problems for our­selves, it is just wise for us to abide by our agreement in the spirit of justice and fair play”.