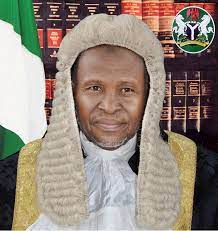 IN amending the constitution to reposition the judiciary, a team of experts, consulted by the National Assembly, has recommended that the Chief Justice of Nigeria (CJN) be stripped of the all-possessing power over critical institutions of the judiciary, Nigerian Tribune report.

If the recommendation, among many sector-retooling others, is eventually accepted by the lawmaking body, the CJN will no longer chair all major institutions of the arm of government as currently exists.

The legal experts, comprising senior lawyers among others, were contracted by the National Assembly to guide on the way forward in reshaping the judiciary for a more effective, productive and confidence-inspiring system.

One of them spoke with Nigerian Tribune. In the assessment submitted to the federal lawmakers, the experts reasoned that a sense of fairness, objectivity and balance would be missing where the CJN is the chairman of the National Judicial Council (NJC), National Judicial Institute (NJI) and the Federal Judicial Service Commission (FJSC), among other lesser portfolios at the same time.

They reckoned that the constant friction between the NJC and state governors on the appointment of judges, particularly Chief Judges of states, is down to too much power residing in one person; the CJN.

Either the president of the Court of Appeal or a very senior retired justice of the Supreme Court is pencilled in, to take over the FJSC.

The administrator of the NJI, the institution serving as judiciary’s administrative power-house, is also to see a further strengthening, which would not make it an appendage of the office of the CJN again.

The argument was made that it was wrong from the onset to have the same person preside over the FJSC that nominates judicial officers for appointments and NJC that recommends the nominated officers, to the appointing authorities in the executive arm of government.

In making federal judicial appointments, FJSC nominates and refers the nomination to NJC, both headed by the CJN.

In state appointments, SJC (State Judicial Commission) nominates and refers the nomination to NJC, for recommendation to the state governors. Governors and NJC have severally knocked heads over appointment of judges, particularly CJs, when the preferred choices of the governors were not recommended by the council.

Governors, with Kaduna State, Nasir el-Rufai leading publicly, have been campaigning for the disengagement of the NJC from all activities of state judiciary, in the spirit of true federalism. Former Governors Rotimi Amaechi of Rivers State, Rauf Aregbesola of Osun State, among others, had running battles with CJN over their choices of chief judges.

The council under Aloma, had its way in almost all the battles with governors. El-Rufai recently called the NJC out over the appointment of more judges for his state. His claim of delay on the part of the council was refuted by council sources.

The governors want the amended constitution to divest NJC from all issues involving state judicial divisions.

Some stakeholders are also advocating state courts of appeal and supreme courts, as is the practice in the United States, under its federal structure.

Apart from completely losing control over other key judicial institutions, another recommendation was made to reduce the influence of the CJN over the appointment of members of the NJC. With the lopsided majority from the Bench, the Bar isn’t only outnumbered, but the CJN is always presented with a comfortable two-thirds majority whenever the Council resorts to voting on controversial issues.

The experts reckoned a window for abuse of power in the current configuration. The lawmakers were subsequently advised to expand the membership of the Council to 29, with additional five slots going to the NBA, to curb the expansive influence of the CJN over the council. With 10 members, it was reasoned that the Bar would have greater say in the justice sector administration, especially in the areas of appointment, promotion and discipline.

The exclusion of council members, who are lawyers from disciplinary proceedings against judges, is also to be erased in the amended constitution, if the lawmakers buy into the contracted experts’ views.

Lawyers were barred from such proceedings because their presence was deemed insulting to the judges which sit over their cases.

The experts, however, reasoned that if the Bench could be participating in getting errant lawyers, including Senior Advocates, disciplined, it should also be right for lawyers to participate in disciplinary proceedings against judges.