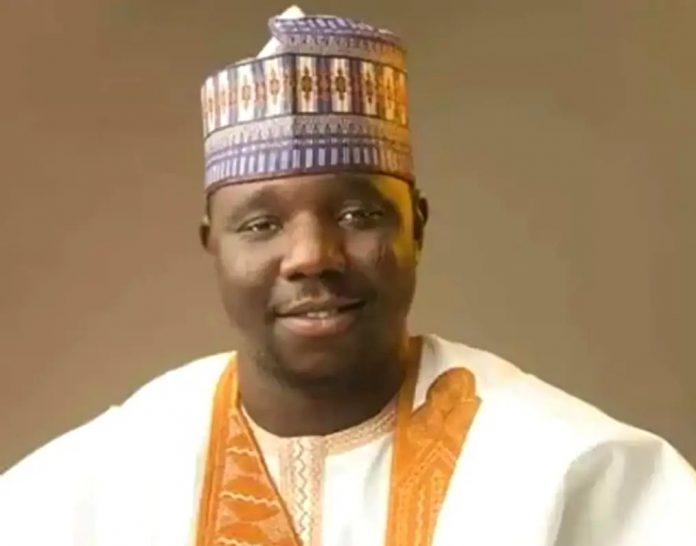 There was confusion in Plateau State House of Assembly yesterday, as six members of the House impeached the speaker, Ayuba Abok.However, Abok, a first-term lawmaker, who represents Jos East state constituency, rallied other members to preside over the day’s plenary and sanctioned those who spearheaded his purported removal.

Explaining how the speaker was removed, Agah said: “It was this morning (yesterday) that some few members rushed to Plateau State House of Assembly as early as 6 am. “You know the state House of Assembly is made up of 24 members and the constitutional requirement for the removal of the speaker is 2/3 majority, which is 16 members.“So, six lawmakers rushed to the Assembly against the House rules that say that plenary commences from 9a.m. and even if there is going to be an extraordinary sitting, the speaker is the one who is empowered to convene it but that did not happen.

‘’When some of us got wind of what was happening, we rushed to the Assembly complex only to discover that security operatives had barricaded everywhere.“Some of us were stopped from gaining access to the Assembly complex while they also harassed others. “While the confusion was going on, the six members said they had passed a vote of no confidence on the speaker and went ahead to purportedly remove the speaker.”However, the embattled speaker scoffed at his purported removal, rallied other members and sanctioned the members who spearheaded his impeachment.

Abok, who presided over a plenary with the mace outside the premises of the State Assembly, alongside 13 other members of the House, cutting across party lines, upheld a motion raised by the Deputy Majority Leader, Philip Dasun, and seconded by the Minority Leader, Peter Gyendeng to suspend the six members.Those suspended include the Deputy Speaker, Saleh Yipmong, Majority Leader, Na’anlong Daniel, the new Speaker, Yakubu Sanda, former Deputy Speaker, Ibrahim Hassan, Eric Dakogol and Abubakar Balo.

At the emergency sitting at the Zawan Community Association Hall in Jos, the 14 members also passed a vote of confidence on the embattled speaker, declared that they stood for the truth, justice, the Nigerian constitution, democracy and Plateau people.Briefing journalists shortly after the sitting at about 2.30pm, Philip Dasun, said: “The constitution of Nigeria makes a clear provision for the impeachment of the speaker, it requires a 2/3 majority, we are 24, we are supposed to have a minimum of 16 members to sign and affirm the impeachment of the speaker.

“To our greatest surprise, we were in the House today (yesterday) very early in the morning, we got an information that there was an attempt to impeach our speaker. I went and I found seven people and I was the eighth person before the rest came.‘’We are not in agreement with what happened, the governor is a lawyer, he knows the constitution, he will not accept that illegal process, if he does, it is left for him to battle with his profession.”Reacting to the development yesterday, Peoples Democratic Party, PDP, condemned it, saying Governor Simon Lalong had been using executive powers to disrupt democracy in the state.

Publicity Secretary of the party, John Akans said: “Our attention has been drawn to the orchestrated plans by Governor Simon Lalong to impeach the Speaker of the Plateau State House of Assembly, Ayuba Abok.‘’The plan is being facilitated on behalf of Lalong by the Chief of Staff, Noel Dongjur and the Secretary to the State Government, Prof Danladi Atu via a malicious petition, credited to one Abednego Musa, a faceless self seeking infiltrator masquerading as youths activist.“The petition is being sponsored to maliciously discredit, undermine and ridicule the achievements and enviable records of Rt Hon Abok.

“We can only imagine the desperation in orchestrating a needless accountability agitation when the state, led by Governor Lalong is broken morally with cronyism, nepotism, parochialism and embezzlement.“The identity of this faceless activist needs to be known.“It is no longer news that all has not been well between the executive led by Governor Lalong and the legislative arm led by Abok.“As a party, we condemn this divisive and corrupt activities of a failed factional APC leadership in the state led by the drowning governor and his bunch of pretenders and infiltrators of no significant reputation.”

He said the new speaker emerged after 16 of the 23 members of the House signed the petition to impeach the former speaker over series of allegations.The new speaker, Yakubu Sanda, said the new leadership of the House would work in synergy with the executive and judiciary for the peace, progress and development of the state.Responding on behalf of the governor, Secretary to the Government of Plateau State, Prof. Danladi Abok Atu, said Governor Lalong and the entire executive arm was surprised with the development, but said it nevertheless respected the decision of the House which is an autonomous organ that had powers to manage its internal affairs.He assured the House that the doors of the Executive will always remain open for collaboration and cooperation with the legislature in delivering good governance and actualising the Rescue Agenda.