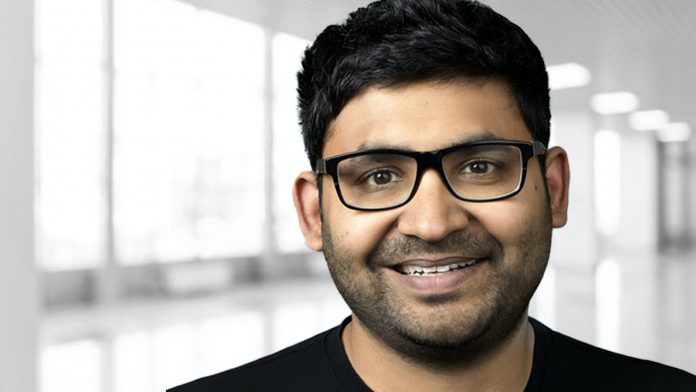 Before the appointment, Agrawal was the chief technology officer of the company.Dorsey also announced his resignation from the social media platform he co-founded in 2006 — an announcement that caused a stir on the internet.In a memo to Twitter employees that he also shared via a tweet, Dorsey cited his trust in Agrawal to lead the company.

The board ran a rigorous process considering all options and unanimously appointed Parag. He’s been my choice for some time given how deeply he understands the company and its needs,” he wrote. “Parag has been behind every critical decision that helped turn this company around.“He’s curious, probing, rational, creative, demanding, self-aware, and humble. He leads with heart and soul, and is someone I learn from daily. My trust in him as our CEO is bone deep.”

The company said the resignation is with immediate effect with Agrawal assuming at the helm of affairs.So, who exactly is Dorsey’s successor? Here are seven things to know about Agrawal, the 37-year-old immigrant from India who has stepped into the limelight.

Agrawal was born and raised in Mumbai, Maharashtra, India. After completing his undergraduate work at the Indian Institute of Technology (IIT) Bombay, Agrawal earned a Ph. D. from Stanford University. Both his degrees are in computer science, although his undergraduate also included a focus in engineering.

Agrawal first joined Twitter’s team in 2011 when there were “fewer than 1,000 employees”.According to his LinkedIn profile, he began as the company’s first distinguished software engineer before his promotion to chief technology officer in October 2017.Agrawal, in his own email to Twitter employees (and posted to Twitter) said: “While it was a decade ago, those days feel like yesterday to me. I’ve walked in your shoes, I’ve seen the ups and downs, the challenges and obstacles, the wins and the mistakes.“But then and now, above all else, I see Twitter’s incredible impact, our continued progress, and the exciting opportunities ahead of us.” Before joining Twitter, Parag held leadership positions at Microsoft Research and Yahoo! Research.

In Agrawal’s recent years at Twitter, he has been involved in Project Bluesky, “an independent team of open source architects, engineers and designers to develop an open and decentralized standard for social media that would help better control abusive and misleading information on its platform.”Though details around Bluesky remain scarce, the project named Jay Graber as its first leader earlier this year. The project is still being developed.

BEHIND THE USE OF ARTIFICIAL INTELLIGENCE (AI) AT TWITTER

According to Twitter’s leadership page, Agarwal was responsible for Twitter’s technical strategy, including advancing the state of artificial intelligence and machine learning across the company, such as a project to make tweets in a person’s timeline more relevant to them, or identify potentially “bad” tweets which violates Twitter’s terms of service.

Just hours after news of his new CEO role went viral, a tweet by Agrawal from 2010 reappeared on Monday.In October 2010, Agrawal quoted Asif Mandvi of “The Daily Show” in a post, “If they are not going to differentiate between Muslims and extremists, why should I differentiate between white people and racists.”He clarified in a later tweet that he was quoting “The Daily Show”. But some Twitter users started re-sharing his post and interpreted it as a sign that he was promoting stereotypes.

MARRIED WITH A CHILD

He is married to Vineeta Agrawal. Vineeta is a general partner at Andreessen Horowitz, a venture capital firm, and leads “investments in biology companies, including therapeutics, diagnostics, and digital health”. They have one son

At 37, Agrawal may have beaten Mark Zuckerberg, Facebook chief, to become the youngest CEO in the companies listed in S&P 500.As Twitter CEO, he will have to step out from his largely technical background and confront social and political issues, including misinformation, abuse and effects on mental health.

COMMUNIQUE ISSUED AT THE END OF THE QUARTERLY [VIRTUAL] MEETING OF THE NATIONAL EXECUTIVE COUNCIL [NEC] OF THE NIGERIAN BAR ASSOCIATION HELD ON WEDNESDAY,...