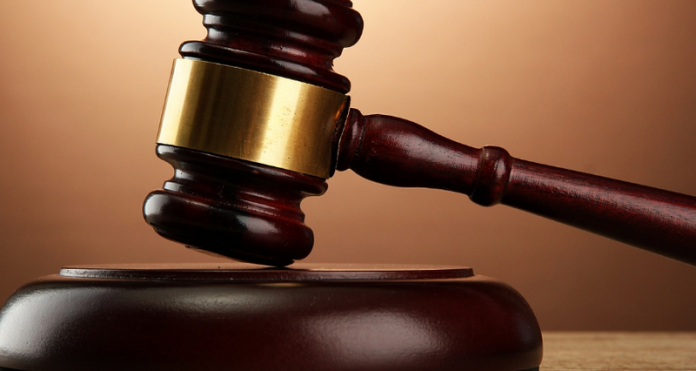 The claim by the Nigerian National Petroleum Company Ltd., (NNPCL) that it has yet to receive processes filed by counsel to Sen. Ifeanyi Araraume, stalled proceedings in the former senator’s N100 billion suit against the Federal Government.

At the resumed hearing on Thursday, Ararume’s lead counsel, Mr Chris Uche, (SAN), informed the court that in line with the court’s directive at the last sitting, he had filed and served all processes on the three defendants in the suit.

Counsel to NNPCL, Mr Oluseye Opasanya, (SAN), however, told the court that his client has yet to be served with the amended originating summons which included the Corporate Affairs Commission, (CAC) as a party in the suit.

Opasanya also informed the court of his client’s notice of preliminary objection to Ararume’s suit.

The Federal Government, represented by a lawyer from the Federal Ministry of Justice, Mr A. H. Shuaibu, told the court that he was in the process of filing his defence but that he had filed a notice of preliminary objection to the suit.

The third defendant, CAC, represented by Mr S. S. Umoru told the court that he had been served with the amended originating summons.

In its notice of preliminary objection, the federal government is challenging the suit by Araraume on his alleged illegal removal as non-executive chairman of the Board of the NNPCL.

The federal government contended that the removal of Araraume was done by the first defendant in his capacity as a public officer by virtue of Section 25 (a) of the 1999 Constitution.

The government also argued that it was a statute-barred action which offends provisions of Section 2(a) of the Public Officers Protection Act, 2004.

The NNPCL also filed its notice of preliminary objection challenging the competence of the suit and praying the court to make an order dismissing it; or, in the alternative, make an order striking it out.

It held that the plaintiff’s suit, as constituted, was incompetent, lacking in any cause of action or carrying any right of action, having regard to the statutory powers of the 1st defendant implicated in the action.

The judge, Justice Inyang Ekwo, at the last sitting, held that the CAC was a necessary party and as such ought to be joined in the suit.

Justice Ekwo, therefore, evoked Order 9 Rule 14 (2b) of the Rules of the Federal High Court that allowed a judge to order a party whose presence in a matter was pertinent to join the matter.

The judge ordered that the CAC be joined as a party since the case had to do with interpretation of the Company and Allied Matters Act (CAMA).

He subsequently ordered Ararume’s lawyer to amend the originating summons and serve same on all the parties before the next adjourned date.

In a short ruling, Justice Ekwo directs the NNPCL to do proper housekeeping and ordered all parties to file and exchange all relevant processes.

He said that any counsel who filed their process in the morning of the next adjourned date would be penalized.

He adjourned the matter till Jan. 11, 2023 to enable all parties file and exchange necessary processes in the suit.

It was recalled that Araraume had initially sued the federal government and the NNPCL but had to include the CAC, following the court’s directive.

Araraume had asked for N100 billion as damages caused him in the alleged unlawful and unconstitutional way and manner he was removed from the NNPCL board after using his name to incorporate the entity.

In the suit marked, FHC/ABJ/CS/691/2022, the senator formulated four issues for determination by the court.

One of the issues was whether in view of the provisions of the Memorandum and Articles of Association of the NNPCL, Companies and Allied Matters Act 2010 and the Petroleum Industry Act 2021, the office of the non-executive chairman was not governed and regulated by the stated provisions of the law.

Araraume had also asked the court to determine whether by the interpretation of Section 63 (3) of the Petroleum Industry Act 2021, the president could lawfully remove him as non-executive chairman of the NNPCL for any reason outside the provisions of the law.

He further asked the court to determine whether the president could sack him without compliance with expressly stated provisions of the Articles of Memorandum of Association of the Company, Section 63 (3) of the PI Act 2021 and Section 288 of the CAMA Act 2020.

The former lawmaker asked the court for an order setting aside his removal via a letter of Jan. 17, 2022 with reference number SGF.3V111/86.

He also asked the court for an order reinstating him and restoring him to office with all the rights and privileges of the office of the NNPCL non-executive chairman.