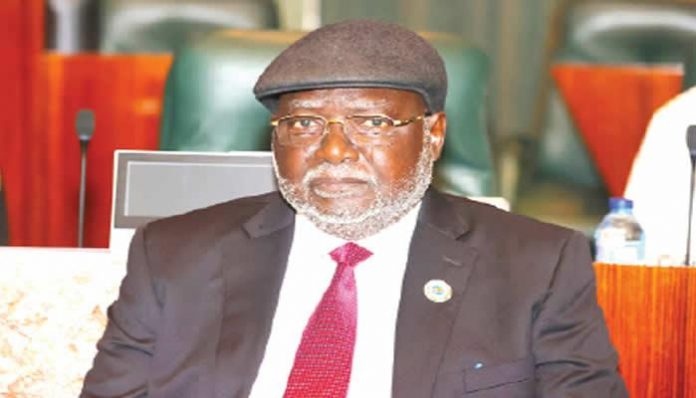 The Chief Justice of Nigeria, Olukayode Ariwoola, has pleaded with the general public to always assist victims of road traffic crashes.

The CJN, who was recently cleared for the substantive position by the Senate, explained that most times, if immediate attention was provided, the victims might not die.

Data from the Federal Road Safety Corps and the National Bureau of Statistics says between 2013 and 2020, no fewer than 41,709 persons have lost their lives to road crashes.

Ariwoola, in his address at the 11th edition of the Kwapda’as Road Safety Demand Annual Road Safety Conference in Abuja on Friday, also called for the training of judicial officers pertaining to road safety cases.

He pleaded with the general public to be their brother’s keepers and always be on hand to assist victims.

“I will plead with the general public to be up and doing in providing assistance to victims of road traffic crashes. Many at times, if immediate attention is provided, the victims might not die. I plead with us all to be our brother’s keepers,” he said.

To this end, Ariwoola noted that the training will help report more cases on the support of victims of road traffic crashes.

He said, “My concern primarily will be the training of judicial officers on the issues pertaining to road safety cases, particularly from the lowest level of the judiciary, magistrates, and the high court.

“The training will help judicial officers bear in mind the effect of road safety cases on victims and of course, families, and dependants.

“With the Road Safety Corps, KRSD foundation, and in synergy with the National Judicial Institute, the training will be organized and judicial officers at various levels will be properly trained.”

In her remarks, the founder of the KRSD Foundation, Monica Dongban-Mensam, advocated for victims’ support, stating that there was an urgent need for a non-medical trauma management center for victims and relatives of the victims.

“We aspire to set up a victim’s Trauma Centre to counsel the victims to restore their emotional equilibrium in addition to medical care, We advocate that the victims of road crashes who are in Non-Governmental Organisations should be engaged in the management of support measures in road crashes issues,” she said.

She also stated that more emphasis should be placed on capacity building and public enlightenment, noting, “One of the major contributing factors to the high rate of crashes on our roads is the attitude of drivers to road safety generally and which again touches very significantly on the issue of driver-attitude, poor education and a dearth of information.”