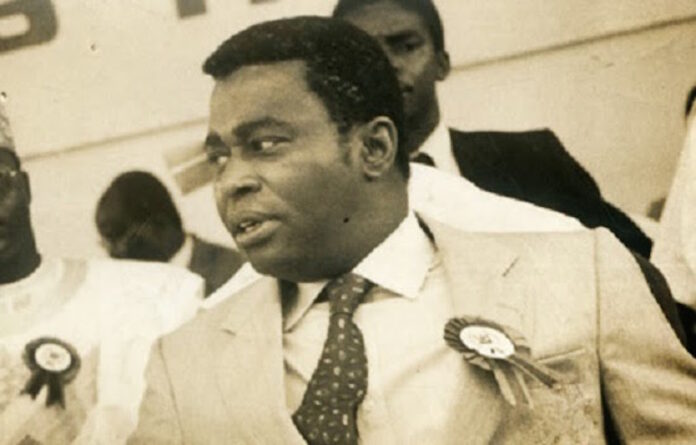 A former minister of Finance, Chu Okongwu is dead. He died at the age of 87. Okongwu died on Wednesday morning in Enugu.

Dr. Okongwu was Minister of Finance under the government of General Ibrahim Babangida.He served for eight years in Babangida’s government, firstly as the Minister of Finance and National Planning; and subsequently as Minister of Cabinet Affairs and later, Minister of Petroleum. Chu Okongwu was born on September 23, 1934 in Nnewi, Anambra State, the first of eight children.He attended St. Michael’s school, Aba between 1941 and 1946. From there he moved to Government College, Umuahia and he was a student there from 1947 till 1951.

An economist, Okongwu studied Economic theory at Boston University. He completed the degree in 1961. He also attended Harvard University from 1961 to 1965.On Sunday, October 3, 2021, unknown gunmen burnt down Dr. Chu Okongwu’s house in his village, Otolo Nnewi.Nobody has been arrested for that crime.

A family source who spoke anonymously shortly after his death said the octogenarian never recovered from that tragedy.“That house was more than a building to him. Aside being his country home, it housed his personal library, one of the best libraries in this part of the world. All the books in the library were burnt down. Every material there was lost.

“Anyone who knew Dr. Okongwu knows that there was no Chu without his books. He actually died the day that house was senselessly burnt. He never recovered from the tragedy.”