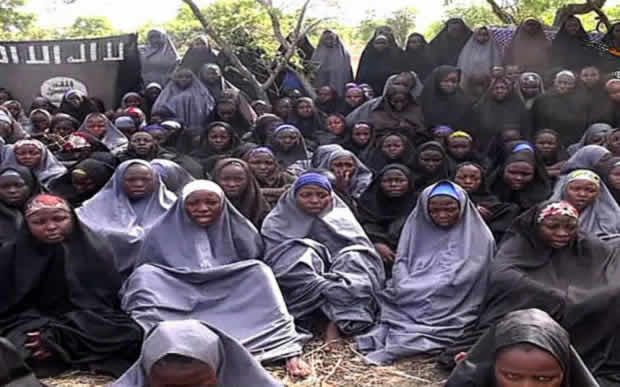 The Kibaku Area Development Association, also known as Chibok Community, on Wednesday raised the alarm over the neglect of the over 100 school girls abducted by Boko Haram terrorists in 2014.

They said, “Since the mass abduction of 276 of their daughters in April 2014 wherein 57 escaped, 110 of them are still unaccounted for.”

According to them, the release of the remaining Abuja – Kaduna train attack victims had shown clearly that the Federal Government had abandoned the Chibok community, including their children that were abducted in Chibok Girls Secondary School, Borno State.

The National President of KADA, Dauda Iliya, said the matter of the abducted Chibok girls and the unending attacks on their communities were persisting.

He was reacting to the statement by the Secretary, Chief of Defence Staff Action Committee, Prof Usman Yusuf, that all the 23 remaining passengers abducted from a Kaduna-bound train on March 28, 2022, had been released by their abductors.

Iliya said, “The issue of the abandonment of the Chibok School Girls has come forth again following the release of the remaining abducted train victims largely due to efforts of the Federal Government and especially the military under the Chief of Defence Staff, Lucky Irabor.

“The statement, in particular, has caused the Chibok people pain and despair and a deep feeling of neglect and abandonment by the Federal Government.”

He said despite not releasing their daughters, the Chibok communities had been facing ceaseless attacks from terrorists.

“The latest attack in Chibok happened on October 3, 2022, in Njlang, a village just 5km away from Chibok,” Iliya said.

He called on the President, Major General Muhammadu Buhari (retd.), to save the Chibok community from total annihilation by the Boko Haram terrorists.

“The government and the security agencies are handling the rehabilitation of the escaped/rescued girls without the involvement of the parents, and publicly parading them to make statements that appear coercive without reuniting them with their parents.”

“Right from late 2012 up to this time, the statistics of the state of damage and destruction of lives and property inflicted on the community present a worrisome and pathetic picture; with over 72 attacks, over 407 persons killed and over 332 persons abducted,” Iliya said.

The association said from late 2018 to date, the frequency of attacks and level of destruction had escalated and were simply alarming.

“We request the Federal Government to order the deployment of more military personnel as well as better arms to Chibok to halt the continuous attacks on the community.

“We also appeal to our action governor to do more in organizing and helping our people in securing our state in general and Chibok in particular,” KADA said.