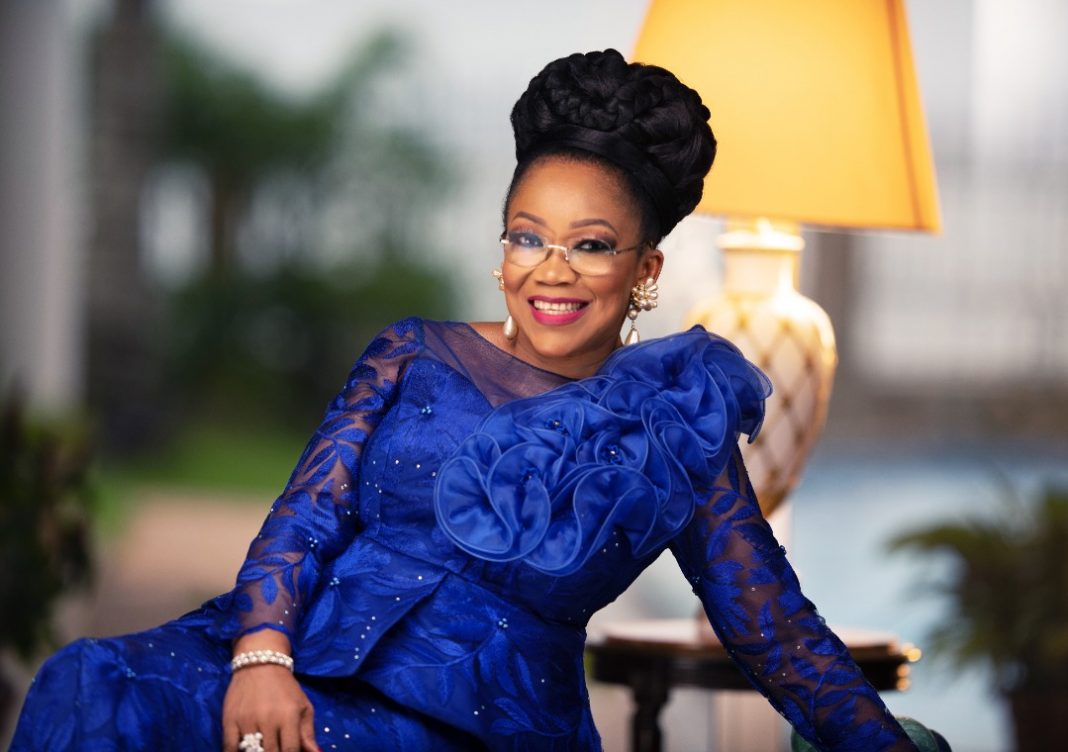 Women in the legal profession have continued to make remarkable advancements; to blaze trails and distinguish themselves in various fields of law. One of such women that have broken through every conceivable glass ceiling is the elegant, brainy and fashionable – Mrs. Mfon Ekong Usoro – a woman of several firsts.

Mfon was born and raised in the ancient city of Calabar where she schooled up to first degree; it was only after marriage that she moved to Kaduna in Northern Nigeria. Although she had always had interest in Law, her first degree was a B.Sc. in Sociology from the University of Calabar, but she thereafter pursued her dream to be a lawyer after many years of deferring the same for many reasons, including child-bearing.

In 1994, she obtained an LL.B. from the University of Buckingham, was called to the Nigerian Bar in 1996 and thereafter obtained an LLM in Maritime Law from the University College London in 1998. She had always been fascinated with shipping cases and so chose the same as her area of expertise; she has gone on to develop technical prowess and carved a niche for herself as an expert in Admiralty Law and maritime administration in Nigeria and on the African continent.

Mfon is the Managing Partner of Paul Usoro & Co., a full-service law firm in Nigeria, providing a comprehensive range of legal services with expertise on transport, environment, energy and legislative drafting. She has held various appointments at the state, national and regional levels.

Mrs. Usoro served as the pioneer Director General and CEO of the Nigerian Maritime Administration and Safety Agency from 2006 – 2007, making her the first and only female CEO of a Federal Government maritime agency in Nigeria! She is the immediate past Secretary General, Memorandum of Understanding on Port State Control in the West African Region (Abuja MoU – an inter-governmental organisation established under a cooperation agreement with the International Maritime Organisation comprising 22 member states), in which she served from 2010 – 2020. She is the first female Secretary General of the Abuja MoU. In 2016, she was appointed as the Chairperson, Akwa Ibom State Technical Committee for the Realisation of Ibom Deep Sea Port and Ibom Industrial City.

Mfon sits on several corporate boards: Non-Executive Director (independent), Board of the Infrastructure Bank; Non-Executive Director (Independent) Board of First City Monument Bank; Non-Executive Director, Board of Geometric Power Limited; Chairperson, Board of Directors of TIB Asset Management Limited and Member, BusinessDay Legal Business Advisory Board.
She has over the years served on a number of Presidential/Ministerial Committees: Ministerial Committee on Nigerian Fleet Implementation (2016 – date), Inter-ministerial Committee on National Transport Policy, which she serves as the Chairperson (from 2017 – date), the Ministerial Sub-committee on MOWCA Regional Maritime Development Bank, 2009, which she served as the Chairperson, in 2021, she was elected as President of Chartered Institute of Logistics and Transport (CILT – NIG), to mention but a few!

In 2002, she was conferred with Officier de l’Ord de Mono (Officer of the Order of Mono) a national honour of the Republic of Togo. In 2015, she received the national honour of the Republic of Cote D’Ivoire – Chevalier de l’Ordre du Merite Maritime, COM – in recognition of her contributions to the maritime industry in the West and Central African sub-region. Mfon is a recipient of so many other awards, recognitions and prizes.

Mfon is a member of so many professional bodies and associations. For more than a decade, she has been actively involved in discussions on liberalization of legal services including attending meetings at the WTO as a member of the International Bar Association Bar Issues Commission, International Trade in Legal Services. She has written over 90 (ninety) articles and published works! She has served in different capacities in different organization – the few enumerated above are just scratching on the surface of her staggering and uniquely remarkable profile. Mrs Mfon Usoro has continued to stand out and hold her own in a male-dominated space.

Mfon is married to her childhood sweetheart, Mr. Paul Usoro, SAN (the immediate past President of the Nigerian Bar Association). They have been married for almost 4 decades and together they have two sons. She loves adventurous vacations and enjoys music and movies in her spare time.

Mrs Usoro is a firm believer in the potential and influence a woman possesses. She is an advocate for financial independence, unity among women folk and teaches young women that marriage and career advancement are not mutually exclusive goals. She posits that “It is possible to have a successful career; be a mother and a wife. If a sister finds that a desirable goal, do not be deterred by the obstacles along the way, stay on course knowing that other women have walked the path and so can you”.

By her continuous excellent performance over the years, Mfon has shown that women can have similar aspirations as the men and excel if given the opportunity!

With her perfect blend of wit, skill, grit and glamour, she has shown that one can be a power woman while remaining quite stylish – the perfect example of BEAUTY AND BRAINS!