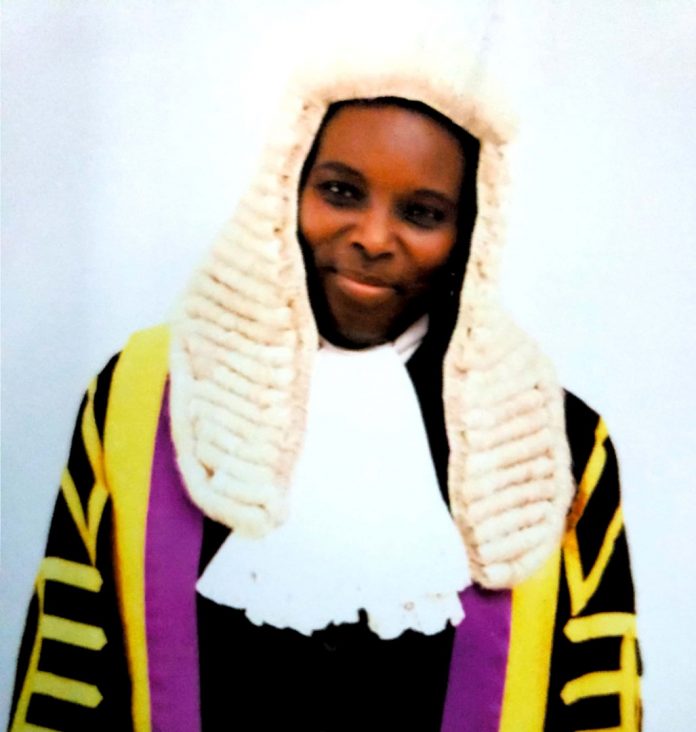 Celebrating women like Hajiya Fatima Kwaku (MFR) will serve as a reflection for the younger generation of the Nigerian Bar. Hajiya is wholly devoted to the general affairs of the Nigerian Bar Association, since she joined the Bar in 1976.

Hajiya returned to Nigeria in 1971 and obtained her L.L.B. (Hons) from the prestigious Ahmadu Bello University, Zaria, Kaduna State, Nigeria and was called to the Bar in 1976. Hajiya was the first female to open and run a law firm of her own in the whole of Northern Nigeria; a firm she established immediately after her National Youth Service in 1977. Till date, the firm is still active.

Hajiya has been the recipient of numerous national awards and recognitions. She was given the award for Outstanding Female Legal Practitioner in 2006 by the Nigerian Institute of Public Relations (NIPR), Kano Chapter; and also received the Northern Nigeria Woman of Merit Award (NWMA) in 2007. The Students’ Union Government of the Bayero University, Kano equally presented an Award of Excellence (For Distinguished Women of Nigerian Society) to her in 2008.

Hajiya is a widow with 4 adult graduates.

For her continuous service to the Bar and the country at large, we celebrate Hajiya Fatima Kwaku (MFR).